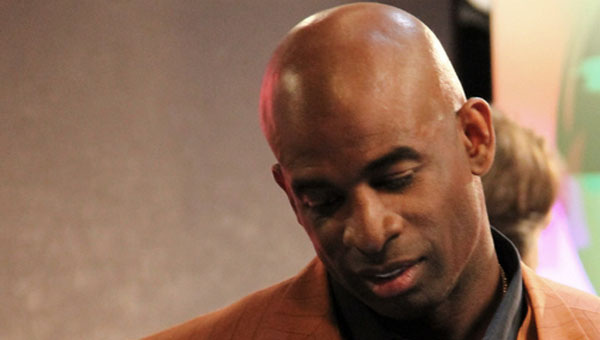 “Black Slavery” in professional sports has become a buzzword with the COVID-19-damaged sports season underway.

As wretched as that term is, the collegiate and professional sports business model is like the transatlantic Slave Trade, glorified. A free college education is never adequate compensation for the blood, sweat and ligament tears that Black athletes invest; it’s downright laughable.

For years, I have been lamenting over Black athletes’ exploitation. Unquestionably, I am a sports enthusiast, but that wanes, significantly, when I integrate my love for basketball and football with my love for my people, Black people.

Canada has been a well-spring of Black talent for professional sports, but athletes, like Toronto’s Andrew Wiggins, now a Golden State Warrior, have not chosen Historically Black Colleges and Universities (HBCUs).

HBCUs are in the news, due to US Democratic Vice-Presidential candidate, Kamala Harris, having graduated from Washington, D.C’s Howard University, and deploying a grad network on her behalf. One headline read: ‘Why Kamala Harris’ shoutouts to AKAs and HBCUs matter so much.’

As a result, I have decided to make a new proposal to the community. What I strongly advocate is for high-ranking Black high school prospects to strongly consider attending HCBUs, when selecting their post-secondary options. This would create a paradigm and power shift, like the sports world has never seen.

For example, Makur Maker, the younger brother of the Detroit Pistons power forward and sometime center, Thon Maker, is the highest-ranked prospect in 40 years to select an HBCU. His reasons for selecting Howard University are very intelligent ones, but are equally inspirational.

He referenced Lincoln University’s Thurgood Marshall, Howard’s Rep. Elijah Cummings, Chadwick Boseman, P. Diddy, and VP Candidate Harris  as well as Nobel Laureate and diplomat  Ralph Bunche, a Howard professor, and many others as part of the reasons for his decision. Perhaps, equally as important, was how he felt at home when he visited the campus for the first time.

While I do not believe that the dominant caste is ready, or willing, to give up its status, I do believe that if Black people, collectively and strategically, strive for increased independence and autonomy, we will develop a sense of equality from within. That unto itself may in fact be enough…for now.

NFL Hall of Famer, Deion Sanders, now Head Coach at Jackson State University, an HBCU, can provide the one thing that the Power 5 schools cannot — a sense of community and belonging.

Without question, Sanders’ appointment and Makur’s decision will inspire more elite Black athletes to give strong consideration to attending HBCUs, which should disrupt the exploitation, from which white institutions have been benefitting.

Starting January 1, 2021, NCAA athletes will be permitted to secure endorsements and compensation for their likenesses and images. This is a start, but at $1 billion in revenue, it is still not enough.

Should the HBCUs recognize the historical significance of choosing not to participate in the exploitive NCAA business model, they will immediately become 21st century abolitionists of the sophisticated slavery and exploitation that the NCAA practices, with impunity.

Black athletes have a ‘welcome to the world committee’, comprised of anti-Black racism, White privilege, explicit and implicit bias and all that comes with the deeply-entrenched and normalized American caste system. It is like saying “at least we gave the slaves food and shelter”, and claiming that to be adequate compensation for Black people’s contributions to America.

While I do not believe that the dominant caste is ready, or willing, to give up its status, I do believe that if Black people, collectively and strategically, strive for increased independence and autonomy, we will develop a sense of equality from within. That unto itself may in fact be enough…for now.

However, there is one more step in the process. HBCUs must separate themselves from the currently existing exploitation model. They must compensate their college athletes. Not necessarily while they are active, but when their involvement and contribution as an athlete ends, due to graduation, a performance ending injury or something else.

This would also compensate the 42 percent of Black student-athletes, who contribute to athletic programs, but don’t graduate. Scores of college and professional athletes at the Division 1 level have expressed the extreme difficulty of balancing their academic responsibilities with their athletic commitments. They speak of the fatigue at the end of practices and having to study, while falling asleep.

The Black Lives Matter era has no expiration date, but it does require a sense of urgency that also should never expire. Black people, and our allies, have to focus on empowerment from within, and while sports offer a low probability of success, it does have the capacity to ignite a different kind of Civil Rights movement, one that will resonate at the highest levels of economics, media and community.

Success isn’t guaranteed, but it is very possible. We owe it to generations of exploited Black athletes to try and change the paradigm, right now!

Farley Flex is President/CEO of Plasma Management & Productions Inc., a music promotion and event production company, and is also a co-leader of Urban Rez Solutions Inc., a social change organization for the Black-Canadian community.