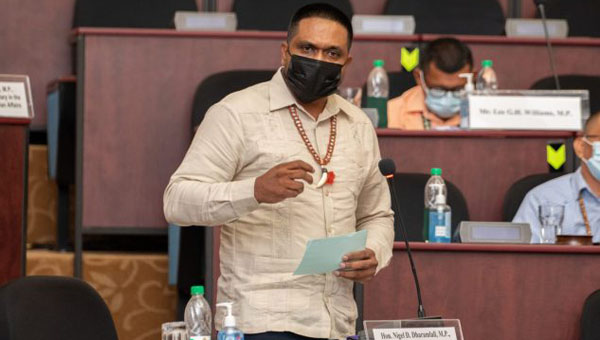 He made the announcement, during a sideline interview, at the swearing-in ceremony for regional officials, hosted at the Arthur Chung Conference Centre (ACCC).

“We’ve done quite a lot of work already. We did a reconnaissance survey of what the gaps are in Georgetown…Through the Ministries of Agriculture and Public Works, we have already started [drainage and irrigation] management and some road maintenance,” Minister Dharamlall reported.

Dharamlall, who has had productive discussions with Georgetown’s Mayor, Ubraj Narine, and city council, is calling on the mayor to show the same energy he displayed, during the former administration.

The Minister explained that, in moving forward, the Local Government Commission would be restored to handle administrative issues within City Hall, effectively.

Additionally, he stressed the importance of each town conducting yearly audits since “billions of dollars were accrued in the last few years, and we [the Local Government Ministry] would like to see whether the resources were spent prudently or using the procurement process”.