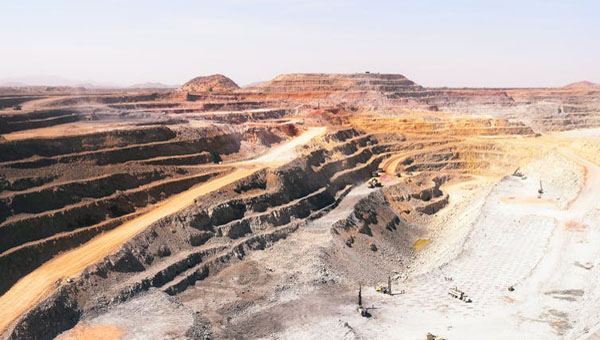 The Bisha mine in Eritrea is seen in November 2017. Photo credit: Martin Schibbye/Creative Commons, CC BY-SA.

Mining is major business in Canada, particularly operations conducted beyond its borders. The Canadian mining industry, however, has often been criticized for its human rights record abroad.

In 2018, Canadian companies had mining assets in 100 countries abroad, valued at $174.4 billion. This made up two-thirds of total Canadian mining assets.

Among the 100 countries was Eritrea, where the operations of the gold, copper and zinc Bisha mine gave rise to one of the most closely observed pieces of litigation in Canada in recent years, largely because it involved allegations of slave labour and torture. Its recent settlement in near total silence therefore raises some important questions.

Alleged human rights abuses
First, though, it’s important to understand what happened in the case. In 2014, three Eritrean plaintiffs launched a class-action lawsuit in the British Columbia Supreme Court against a Vancouver-based mining company, Nevsun Resources.

They alleged that they had suffered human rights abuses at the Bisha mine, including slavery and torture, as well as a variety of domestic violations, including assault, battery and unlawful confinement. The mine was held by a consortium comprising Nevsun and the Eritrean government.

The claimants said they were part of Eritrea’s involuntary and indefinite military conscripts and deployed to work at the mine for subsistence wages. When they tried to flee, they were allegedly beaten with sticks, tied up and left to lie in the hot sand in temperatures of up to 50 C.

Under provincial court rules, a defendant may request early on that a matter be removed from the court’s roll, arguing essentially that the claim has no reasonable chance of succeeding. Nevsun made this request.

At the end of February 2020, the Supreme Court of Canada upheld the decisions of the British Columbia Supreme Court and the B.C. Court of Appeal, refusing the defendant’s request. Justice Rosalie Abella concluded: “Customary international law is part of Canadian law. Nevsun is a company bound by Canadian law. It is not ‘plain and obvious’ to me that the Eritrean workers’ claims against Nevsun, based on breaches of customary international law, cannot succeed.”

This opened the way for the matter to proceed to trial. It had the potential to set a major precedent in terms of the liability of Canadian mining companies for wrongs committed abroad.

Québec case
Attempts to hold Canadian mining companies accountable for the human rights abuses or environmental disasters of their subsidiaries abroad date back to a 1998 Québec case, Recherches Internationales Québec (RIQ) vs. Cambior Inc. In this case, toxic waste water had spilled into Guyana’s main river, the Essequibo, after the failure of Omai gold mine’s waste treatment dam.

As primary shareholder of Omai, Cambior had both financed and supervised the mining project. The Québec Superior Court ruled that a Guyanese court should hear the matter. But the 23,000 Guyanese victims did not succeed in the High Court of Guyana, though they tried twice.

The recent settlement of Nevsun vs. Araya didn’t make very much news in the Canadian media. The Franco-African press reported that a terse news release had invoked confidentiality, indicating that the parties had reached a “mutually satisfactory arrangement.” This means that the litigation came to an abrupt end.

One can’t blame the Eritrean plaintiffs for wanting to end the matter. It’s also understandable that the company wished to avoid the increased media attention that court cases bring. The mining industry undoubtedly will breathe a sigh of relief.

Kept quiet
The disturbing aspect of this settlement is that it has been kept so quiet. It ends a high-profile case with an elevated potential for setting negative precedents for Canadian mining companies operating abroad. Contrast this with the settlement terms of another matter involving allegations of human rights abuses, Garcia vs. Tahoe Resources, Inc. 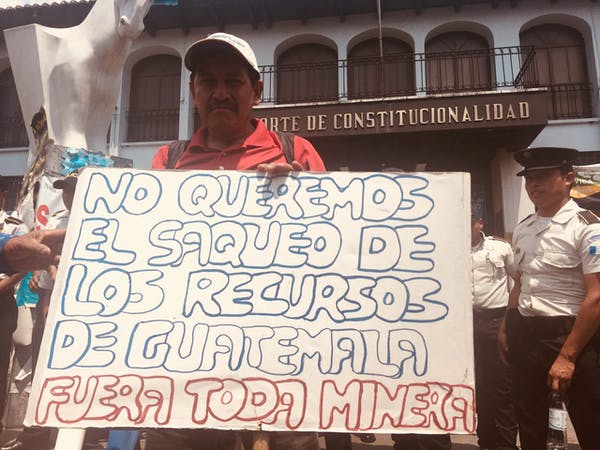 Protesters demonstrate against Tahoe Resources’ Escobar silver mine outside the Constitutional Court of Guatemala in May 2018. The sign reads: ‘We do not want the looting of Guatemalan resources.’ Photo credit: Jackie McVickar/Flickr; CC BY.

In that case, the B.C. Court of Appeal had cleared the way for a trial against Tahoe Resources, which, through its wholly owned subsidiaries, fully controlled the operations of the Escobal mine in Guatemala.

The mine’s security guards had fired on protesters, leading to criminal charges against the mine’s head of security in Guatemala. The protesters launched a battery claim against Tahoe in Canada. The B.C. Court of Appeal allowed the matter to proceed in Canada, based on the risk of unfairness for the claimants in Guatemalan courts due to systemic corruption.

Tahoe was then acquired by Pan American Silver, which went on to settle the matter publicly. Terms of settlement included acknowledging wrongdoing and condemning the use of violence, apologizing to the victims and the community and reiterating the rights of the victims to protest against the mine in future. It was a win for the mining industry because harms had been redressed in a way that brought greater transparency.

Nevsun, too, was acquired by another company, Zijin Mining, prior to the settlement. But the similarities end there. Make no mistake. I am not opposed to the Nevsun settlement. Settling matters avoids extensive litigation and high legal costs.

But what’s troublesome is the veil of secrecy, in which this settlement is cloaked. Greater transparency, while not legally required, would have demonstrated that Nevsun is a responsible mining company that takes the interests of its stakeholders seriously. Instead, Nevsun remains silent.