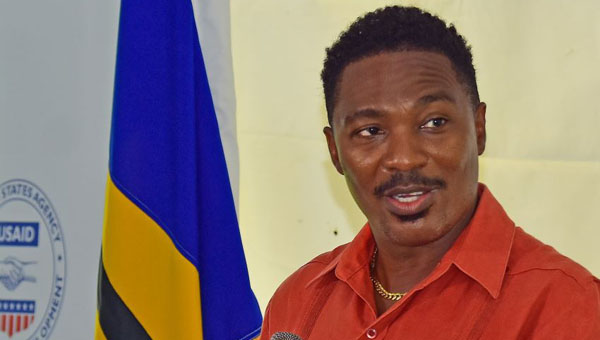 ST. JAMES, Barbados (Friday, October 30, 2020) — Residents and businesses in Holetown and Trents, St. James, are now seeing some relief from flooding, thanks to a project, implemented by the Ministry of Environment and National Beautification, with assistance from the United States Agency for International Development (USAID).

Minister of Environment and National Beautification, Adrian Forde, speaking at a ceremony, on Wednesday, that marked the completion of the west coast project, emphasised this scenario, amid pouring rain.

He acknowledged that “the showers of blessing” had really signified the extent of the efforts of the collaborative exercise, between America and Barbados.

“When we could have this amount of rainfall … and then have, for the first time probably, an area, which was prone to flooding before, and is now seeing water being removed in its natural course to the sea, this is nothing short of amazing.”

While pointing out that the west coast project aimed to ensure the livelihood of residents, as well as the survival of the ecosystem, the Environment Minister stressed that if Barbados was to mitigate and resist the damage to trees and to its natural biodiversity, projects like these would continue, as well as the fight against climate change.

He stressed too, that this action would also determine the future and survival of the country. 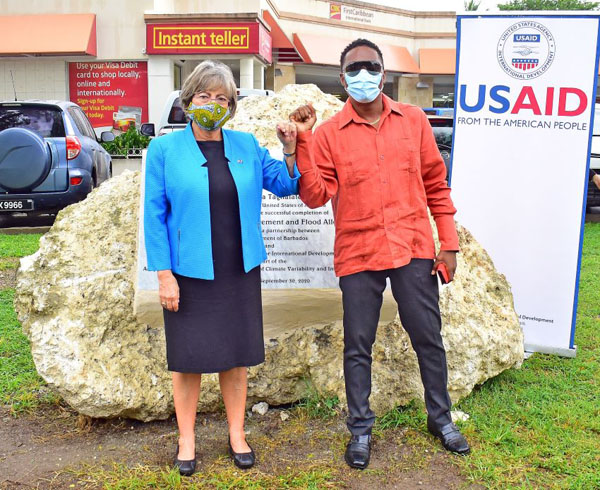 The one-year project entailed the construction and installation of 10 major flood reduction civil works elements, within strategic water courses between Sunset Crest and the Trents area, as well as the dredging and improvement of Holetown.

A grassy area in Sunset Crest – known as the Green belt – was deepened, to increase its capacity to hold water, thereby reducing flooding on the road and neighbouring properties.

Of this area, the Minister said, it had really redefined the lives of the people in Holetown, and this was what government was for, “to make those changes that affect and better the lives of every single Barbadian”.

Forde pointed out that not only was flood mitigation addressed in the project, but also the critical area of water resource management, where some of the water would now be channelled to aquifers and to the marine environment.

Adding that the government had responded to the needs of Holetown, he gave the assurance that every part of Barbados would benefit: “We are saying to the entire Barbados, what you see here will be extrapolated across the other areas that are threatened by this abnormal flooding and the idiosyncrasies of extreme temperature.”

The Minister expressed gratitude to all involved in the project, stating: “This type of collaboration is one which we are proud of and we intend to honour those commitments by showing that we are here to protect the residents – the citizens of this country, and certainly the Holetowners, as we call them.”

During the ceremony, he was joined by USA Ambassador to Barbados, Linda Taglialatela, in the unveiling of a plaque that commemorated the completion of the project.

The project, known as the Adaptation Measures to Counter the Effects of Climate Change, was undertaken in two phases, with a grant of US $5.3 million provided by USAID, and the injection of some BDS $1.7 million by the government.