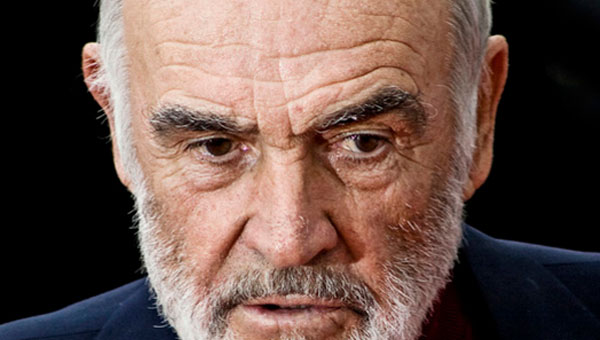 Sir Sean Connery, pictured at the 2008 Edinburgh International Film Festival, died in his sleep on October 31, 2020, at his home in the Lyford Cay community of Nassau in the Bahamas. Photo credit: Stuart Crawford, CC BY-SA 3.0.

Bartlett, in paying tribute to the Hollywood legend, who died on October 31 at the age of 90, said that not only was Dr. No, which starred Connery alongside Ursula Andress, the beginning of a love affair between the James Bond franchise and Jamaica, but it also helped to immediately propel the island “to the top of the class in the region in tourism”.

The handsome actor — who was born Thomas Sean Connery, on August 25, 1930 in Fountainbridge, Edinburgh, in Scotland; and died in his sleep on October 31, 2020, at his home in the Lyford Cay community of Nassau in the Bahamas — was knighted by Queen Elizabeth 11 in the 2000 New Year Honours for services to film drama.

“Dr. No was filmed in 1962 in Ocho Rios. The opening scenes were filmed in Kingston, near downtown Harbour Street. The shooting scene occurred at Liguinea Club, Kingston… then known as Queens Club,” the Tourism Minister pointed out.

“Another scene was shot at the foot of the Blue Mountains. Some of the other locations in Dr. No included the Norman Manley International Airport, the Governor General’s Mansion at King’s House on Hope Road, the waterfront at Morgan’s Harbour in Port Royal, Couples San Souci in Ocho Rios, Laughing Waters/Roaring River, St. Ann, and also in the mangrove swamp in Falmouth,” he added.

Bartlett said that after the success of Dr. No, author and creator of the James Bond thrillers, Ian Fleming, continued to make Jamaica his spiritual home, by basically setting up shop, full-time, in St. Mary, where he built a “pilgrimage” at a resort, which is today known as GoldenEye. 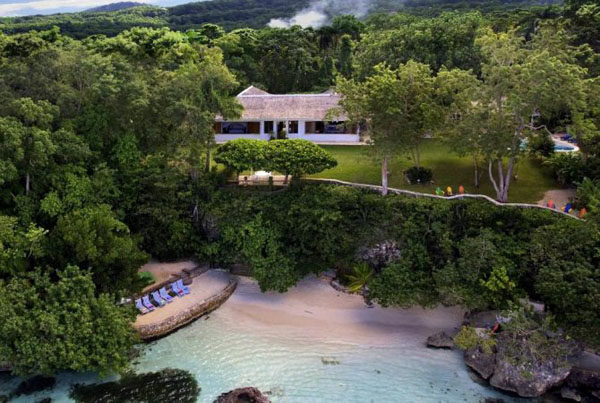 The famed GoldenEye property in Oracabessa, St. Mary, where most of the James Bond novels were penned. Photo contributed.

“GoldenEye was the name of another one of the James Bond movies…actually its seventeenth in the series. Actually, Mr. Fleming penned, I think, thirteen of those James Bond novels, from the writing desk of his bedroom at GoldenEye. As we all remember, the Ian Fleming International Airport in Boscobel, St. Mary, has been named after the man, who has brought Jamaica so much fame and glory,” he added.

The Minister said it might be fair to say that Dr. No, and its iconic Jamaican scenes, were instrumental in making the James Bond movies as popular as they would later become; adding that not only did Sean Connery and Ian Fleming “become household names, but it also forced Hollywood to take notice”.

The Tourism Minister noted that every year, some 150 films are shot in the Caribbean, adding that agencies, such as Jamaica Promotions Corporation (JAMPRO), work to help film producers bring their projects to the screen.

“Our local film-makers have also been taking notice and have been capitalising on the natural beauty of the island,” he said.

“We all can vividly remember the success of the Perry Henzell blockbuster, The Harder They Come. It’s a fact that Jamaica has been a long-sought-after location for film-makers and producers, from around the world, because of its unique and captivating environment, friendly local people and exotic settings,” the Minister said.

GoldenEye is today owned by businessman and music mogul, Chris Blackwell, who, himself, was a location scout and production assistant on Dr. No. 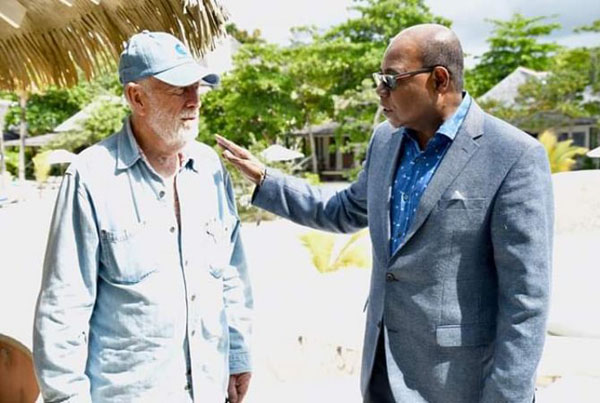 Minister of Tourism, Edmund Bartlett (right), and GoldenEye’s owner and music mogul, Chris Blackwell, at the launch of the James Bond movie, No Time To Die, at GoldenEye resort in 2019. Photo contributed.