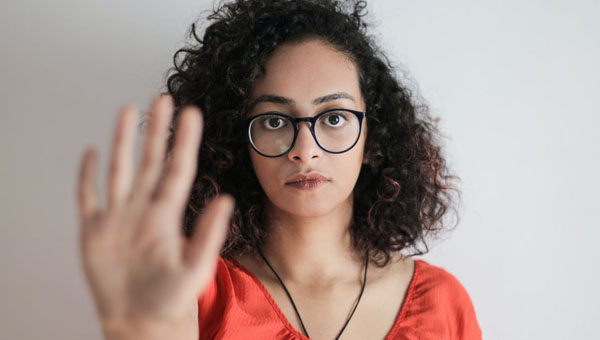 Now, we must end police killings of unarmed civilians, and begin to rebuild trust, so that law enforcement is focused on doing the things necessary to keep all communities safe. Photo credit: Andrea Piacquadio/Pexels.

Hundreds of Canadians, of various hues, have turned out in major cities and small towns to protest the killings of unarmed civilians — often Blacks — at the hands of police or law enforcement.

If, as a community, we are desirous of having our demands, for justice and accountability, to lead to real policy change, we need to build on that activism by electing public officials with the commitment to reform law enforcement and the courage to act, when police abuse the power of their badge. We must! We cannot, and should not, sit on our hands waiting for the provincial government to act.

In election years, most of the energy and focus goes to the top of the ticket, which is essential. However, we cannot ignore the fact that we have been through a spring and summer of traumatizing televised murders of Black people, while we are still learning the truth about the deeply-disappointing decisions, not to indict police officers, involved in shootings and killings. We need to make change at all levels, where those decisions are made. We must!

We must demand and only endorse candidates, who have demonstrable dedication to creating public safety solutions that reflect the values of fairness, justice, and equal treatment under the law. A “Stop Police Killings” slate should be instituted to bring attention and support to candidates for office, who understand the impact of police killings on communities of color, and who are passionate about pursuing justice.

Speaking from a politically correct perspective, police play a critical, but somewhat complicated, role in any free society. Public safety is promoted by police stopping and deterring crime and disorder, and by bringing criminals to justice. However, the very same powers that we give police to achieve these goals — the powers to command, search, detain, arrest and use force against members of the public — are also the ones that enable officers to undermine freedom.

Sometimes, in the name of public order and crime control, police cause individuals and communities substantial harm. In cases, where police meddle with liberty in ways that exceed the bounds of the law, not only do they harm people without legal justification, but, additionally, endanger the trust between the government and its citizens that is fundamental to a democratic society.

We have altered the public conversation about policing and justice by taking to the streets. Now, we must end police killings of unarmed civilians, and begin to rebuild trust, so that law enforcement is focused on doing the things necessary to keep all communities safe.

We must strive towards changing the laws and policies that are standing in the way of justice, by taking the fight to the halls of power. That is exactly what elections are for — a process of detection and ultimate selection.