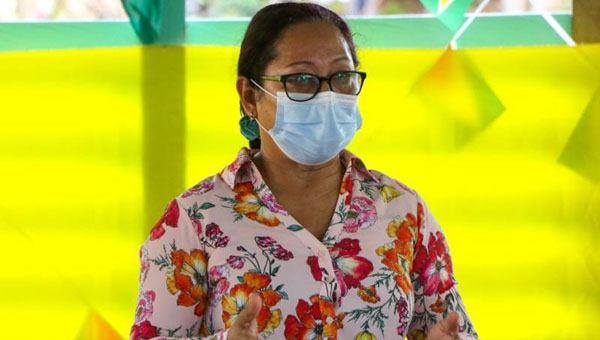 POMEROON, Guyana (Thursday, November 12, 2020) — The government says it is focusing on restoring proper management and accountability of resources, at the level of the Amerindian Village Council, something which, it claims, was lacking under the previous APNU+AFC Administration.

Minister of Amerindian Affairs, Pauline Sukhai, said the intention is to ensure that village funds are used, optimally, for village development, in keeping with the government’s thrust to bring the Amerindian and hinterland peoples into the mainstream of national development.

The Minister was speaking, during an outreach, along the Pomeroon River, in Region Two, where she engaged village leaders of Akawini, Wakapau, Karawab, St. Monica, and Kabakaburi.

Minister Sukhai explained that when the current administration took office, it found an alarming number of cases of misappropriation of village funds, by village councils, due to a lack of accountability, as well as mismanagement of village assets.

“These issues are not new, but the amount is of concern. We now expect village councils will get back on track with the management and accountability of the village resources.”

The Minister, however, observed that this can only be achieved, if the Village Council works in collaboration with the Ministry.

Funds will be set aside in the 2021 National Budget, to facilitate more monitoring and provide technical support to village leaders in that regard, Minister Sukhai added.

She elaborated that the Amerindian Act of 2006 can also be used as a tool to guide the councils, on how to keep within their parameters of authority.

She also called on the villagers to support the councils and play a more active role in the implementation and management of community projects.

In brief remarks, Parliamentary Secretary Browne reiterated the government’s commitment to the development of the nation’s first people: “Our government is one, who listens to the people. We will continue to address the issues of all of the people in the hinterland.”

Local residents also had the opportunity to raise issues and concerns, the most common being in the health and education sectors, as well as water and electricity. Minister Sukhai committed to engaging the relevant Ministries and the Regional Democratic Council (RDC), on their behalf.