New in Pride
Home / National News / Police Reform: Reorganizing The Dishes In The Cupboard While The House Is Ablaze 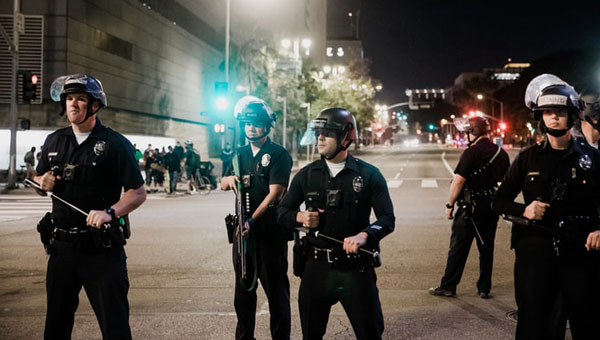 Conversations about police reform always follow each police murder of a Black male, and continues for weeks, and even months.

The demand for change in policing is vociferous, and the promises of police reform and policy changes are made by decision-makers, law-enforcement leaders, and elected officials. However, even when changes happen, very few police officers are held criminally accountable for killing Black people.

Recently, Montreal police officers responded to a 911 call, about a male in distress, and fatally shot Sheffield Matthews, when he charged towards them, with a knife still in his hand.

Why do we only talk about police reform, when Black people are killed by police — often with impunity?

On multiple occasions, Police Chiefs publicly announce that no charges will result from the murder of Black life by a police officer. Of the rare few that get indicted, most are later acquitted, found not guilty, or, if found guilty, receive minor punishments for their crime.

There have been some changes in procedure, and policy reforms have undertaken change. Some of these changes include police body-worn cameras. Body cameras are a strategy to challenge unjust police practices, and a significant step toward police accountability. However, body-worn cameras are, by no means, a perfect solution.

In many of the cases of Black people, murdered by police in the United States, the officers were wearing body cameras, yet were not charged or were charged, but later acquitted, of killing Black people.

More procedural changes and reform policies that may be worthwhile, being viewed through the lens of consideration, could include residency requirements — that police officers reside in the city they serve and protect. Additionally, police officers should be required to carry liability insurance, to exclude tax payer’s liability, when a civil penalty is demanded in cases of police misconduct.

Reformation and transformation of the way policing is done in Black and brown communities, are a positive step towards eliminating the excessive use of police force on Black lives. But, very few officers are held accountable for their actions.

However, time has clearly shown that reformative and transformative police procedural and policy changes alone, have not — and cannot — end police brutality against Black lives. The core of the problem is the deeply-embedded and extremely pervasive anti-Black sentiment, throughout every aspect of Canada, including law-enforcement.

The first step in solving the problem is the willingness to acknowledge, and address, the issue of systemic racism in policing. Race continues to influence how people of African descent in Canada are treated by law enforcement.

Racism has been a systemic feature of American society, since the nation’s inception. Acknowledgment of the role of implicit and overt biases have historically played in creating disparate law enforcement practices, and the resulting frictions between African American and the police is a reality that must be faced.

Structural racism and the false doctrine of White supremacy are what fuels and sustain the police brutality of Black people. Unless White supremacist ideology is killed, or completely annihilated, we are merely rearranging the dishes in the cabinet, while the house is on fire.