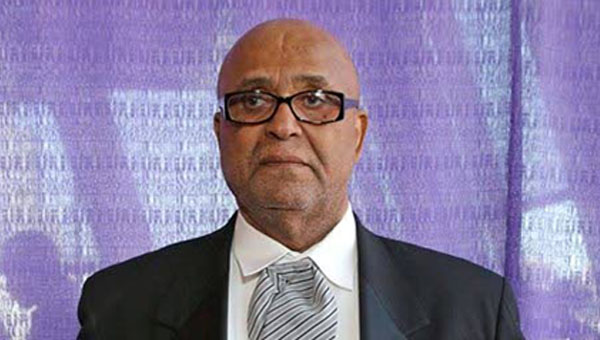 PORT-OF-SPAIN, Trinidad and Tobago (Wednesday, December 2, 2020) — Shamfa Cudjoe, Minister of Sport and Community Development, extended condolences on the passing of one of the country’s early sprinting greats, Clifton Bertrand.

A diabetic, Bertrand, 84, who was inducted into the Trinidad and Tobago Hall of Fame in 2008, died of natural causes, on Saturday, at his home in New York, according to his daughter, Lisa Bertrand Brathwaite.

While reflecting on Bertrand’s many achievements, Minister Cudjoe stated: “Bertrand was a proud son of Arima, whose athleticism equalled his academic feats. He medaled at the 1957 and 1958 British West Indies Championships; was part of the bronze-medal 4x100m British West Indian Federation relay team at the 1959 Pan Am Games; subsequently won two bronze medals at the 1963 edition of the Games; and represented this country at the 1960 and 1964 Olympics.”

Born in Arima, on March 2, 1936, Bertrand later migrated to the United States, where he graduated with a B.S. and M.S. from the New York University, and finished sixth in the 1962 NCAA championship.

He subsequently obtained his Doctorate in Education from Columbia University, which Minister Cudjoe described as “a testament to his tenacious drive”.

Minister Cudjoe added, “on behalf of the government and people of Trinidad and Tobago, we salute him.

“I am certain that his legacy inspired dozens of track athletes, from the 1950s and onwards. We will never know the true impact of his presence. We thank him for everything he has given to this beloved nation.”

Bertrand’s wife, Phoebe Yuille Bertrand, died in 2003; and his daughter, Lisa, is a lawyer in New York.