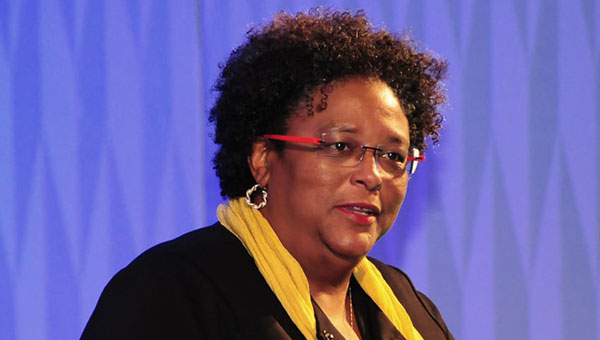 Barbados Government Will Not Condone Discrimination In Any Form, Says Prime Minister

BRIDGETOWN, Barbados (Tuesday, December 8, 2020) — Following talks — which eventually broke down — with the Barbados Workers Union (BWU) and G4S Secure Solutions (Barbados) Limited, Prime Minister, Mia Amor Mottley, reiterated in a statement, that her administration will not condone discrimination in any form.

She also disclosed that she has asked Attorney General, Dale Marshall, to give her a legal opinion, by tomorrow, before the government announces the next step to be taken, with regard to G4S.

She said the government would reflect on that opinion and consult with officials from the Barbados Workers’ Union (BWU) and G4S.

Mottley continued: “I have asked the…Attorney General to not only present one [legal opinion] on behalf of central government, but also the state-owned enterprises, in which we are majority owners … so that we may examine all of our rights as government or as a state-owned enterprise in these matters, since it is not the intention, nor wish, of the government of Barbados to be a co-conspirator in a breach of the International Labour Organization’s principles, conventions, or statutes….

“It is against this background that we have also asked the Barbados Workers’ Union to stay their hand with respect to further industrial action, for the 36 hours….”
The Prime Minister made the comments about 12:30 a.m. today, after Chairing over five hours of talks with officials of the BWU and G4S, to resolve outstanding labour matters.

In announcing that the talks had broken down, Mottley said the company admitted that it had been paying lower wages to a category of worker, called security steward, who performs equal work to a security officer.

“The government of Barbados is very clear that both the principles and conventions and statutes of the International Labour Organization are not to be trifled with, not to be ignored….It is against this background that we have not even gotten to other aspects of the conversation.”

Mottley said Barbados is governed by the rule of law, and stressed that the government would not contribute to any situation, where workers’ rights are being undermined.

The Prime Minister also reiterated that government would “stand by” those workers in the tourism sector, for whom severance would have to be paid because of the severe impact of the COVID-19 pandemic.

“But, I have equally said that where companies can afford and are simply not paying, the government will act with absolute dispatch to recover the funds that will have to be dispensed as severance. Where a company is genuinely bankrupt, we understand that, and that is what the Severance Payments Fund was equally set up …to accommodate,” she stated.

She told employers that they must put workers at the front and centre of what they were prepared to do, reminding them that employees were instrumental in helping to build their businesses.