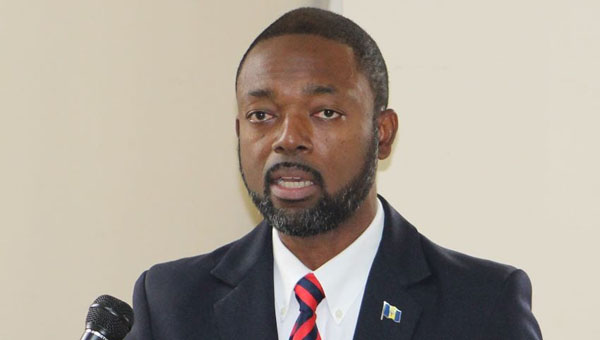 BRIDGETOWN, Barbados (Tuesday, December 8, 2020) — The Ministry of Labour and Social Partnership Relations is maintaining Barbados’ position, that there are no reported cases of child labour in the country.

This comes amid reports, from a Multiple Indicator Cluster 2012 Survey conducted by UNICEF, that points to a 2.3 percent incident rate on the island.

However, Labour Minister, Colin Jordan, explained that what the data showed was that a significant number of children were involved in household chores.

He made these comments, as he addressed the opening ceremony of a three-day National Child Labour Seminar, hosted by the International Labour Organization (ILO), via the Zoom platform, this morning.

“Let me make it absolutely clear that we have no concerns regarding children, under the age of 16, who are permitted to age-appropriate work on weekends and during vacation time that does not affect their education and development,” he explained.

The Minister told those present that it was traditional in Barbados for children to assist with household chores, and family-owned businesses, such as a shop or a bakery.

Noting that he, himself, was a product of such an upbringing, Minister Jordan said such involvement served to allow children to gain discipline; hone interpersonal skills; and build self-esteem, as they developed their character.

However, he made it clear that such actions did not account for children working after school and being too tired to function in the classroom, or missing classes, because of work.

The Minister credited the strides made in protecting children from child labour to the work of the Ministry of Education and its enforcement of the Education Act.

He gave the assurance that the government remained committed to addressing all issues of child labour, as it was signatory to the Convention on the Rights of the Child, from 1990.

“Let me stress, that child labour is not only wrong on moral grounds, but it is a threat to the notion of decent work, and challenges efforts to promote sustainable economic growth,” he said.

He stressed that everyone had a duty to protect children, and gave the assurance that the Labour Department would be more aggressive in enforcing the laws of Barbados and the ILO Conventions.

Jordan added that Barbados had introduced a number of social and economic measures, aimed at protecting families and the most vulnerable in society.

The seminar was geared towards raising awareness of issues surrounding child labour and its worst forms, particularly in relation to reaching the sustainable development goals to eradicate the scourge by 2025.

2021 has been designated as the International Year for the Elimination of Child Labour.