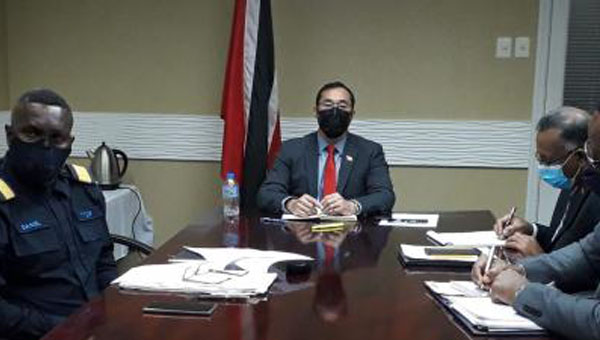 The meeting focused on strengthening the bilateral mechanisms for maritime security cooperation between both countries. Discussions further outlined a framework for joint efforts, to combat human and narcotics trafficking, migrant smuggling and other forms of transnational organized crime.

Minister Young noted that border security was a critical element in the government’s efforts to mitigate the spread of COVID-19 in Trinidad and Tobago, and reaffirmed his commitment to working with all local and international stakeholders in this regard.

Both delegations expressed their commitment to continued collaboration on security matters of mutual interest and promoting the maintenance of law and order.