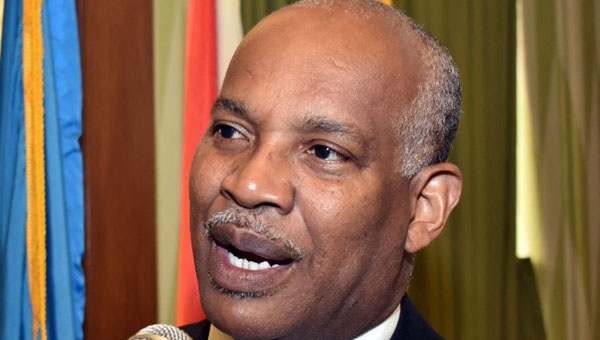 Marshall, who is also the island-nation’s Minister of Legal Affairs, gave this commitment, recently, during a virtual panel discussion — The Fight Against Corruption in Barbados — staged by the Institute of Chartered Accountants of Barbados (ICAB) and Integrity Group Barbados, to mark International Anti-Corruption Day.

The Attorney-General told the panel that an amended Prevention of Corruption Bill would be back in Parliament in the new year, while legislation would be drafted to facilitate whistle-blowing.

He stated that the Freedom of Information Bill is still to be completed, and lamented the absence of drafters to finalise the Bills.

“The government of Barbados remains committed to wrestling the monstrosity, that has been corruption, to the ground. There are a number of things that we have been doing, in our view, that will help us to do that,” he eplained.

“Our current Prevention of Corruption Act, as you know, was enacted in 1929. The penalties are laughable, at most $5,000, and that Act has long outlived its useful life. So, the fact is, that we would have to charge under that Act. Only when we pass a new piece of legislation, which has significantly stiffer fines, acts of corruption, happening post that time, would be prosecuted under a new piece of legislation,” Marshall stated.

The Attorney-General also pointed out that the while Barbados functions under the existing piece of legislation, the “real fight against corruption is also the opportunity to go after assets, and that can happen effectively, even though you are dealing with a 1929 piece of law”.

Attorney at-law, Alicia Archer, representing the Integrity Group, said while they were heartened by some of the changes made to the Bill, they were concerned about the exclusion of judges from the proposed legislation.

Archer contended that she saw no justification for the exclusion of a class of persons, who are highly exposed to the possibility of corruption.

Marshall explained that the constitutional protection of judges is one that the courts have guarded jealously.

“We share the same jurisprudential norms as our sister country in Trinidad and Tobago. Therefore, in looking at the issue of how Trinidad had to deal with their judges, we draw as we do in our court system every day; we draw guidance and support from case law in other territories, as they do from us.

“Our Constitution guarantees the constitutional protection to judges, and it says that you cannot change their terms and conditions at all. It has nothing to do with if they agree; they can agree to anything, but the point is that the Constitution is the supreme law of the land,” the Attorney-General argued.