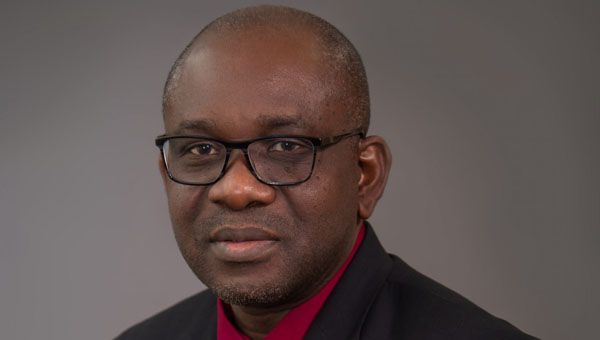 KINGSTON, Jamaica (Wednesday, December 23, 2020) — Courtney Williams, Permanent Secretary in the Ministry of National Security (MNS), has been appointed Chairman of the National Task Force Against Trafficking in Persons (NATFATIP).

NATFATIP was established in 2005, by the government of Jamaica, to strengthen the country’s legislative, institutional and operational capacity to combat Trafficking in Persons (TIP).

Williams, who succeeds Carol Palmer, Permanent Secretary in the Ministry of Science, Energy and Technology, has committed that under his leadership, every effort will be made to ensure NATFATIP is sufficiently resourced to undertake critical activities.

“This more direct involvement and leadership of the Ministry, supported by the continued commitment of the other members of the NATFATIP, will be integral to improving Jamaica’s Trafficking in Persons (TIP) ranking.  NATFATIP is rightly the portfolio responsibility of the Ministry of National Security,” Permanent Secretary Williams explained.

“In this regard, having the Permanent Secretary as presiding Chairman will enable a more seamless and full integration of the initiatives of the Task Force and interwoven with the strategic direction of the MNS.”

In extending gratitude to his predecessor, he offered, “Carol Palmer has made a sterling contribution to the fight against Trafficking in Persons Jamaica, and NATFATIP extends its gratitude to her for selflessness and unparalleled work, over the years”.

As Chairman, Williams will oversee the work being done to prevent trafficking in persons, protect victims and prosecute offenders, in accordance with the National Plan of Action for Combatting Trafficking in Persons.

He will also assess existing mechanisms and propose other innovative ways for tackling the crime of human trafficking.

Williams, who was Deputy Financial Secretary at the Ministry of Finance and Public Service, was appointed Permanent Secretary on October 1 of this year.

He has served as Senior Advisor to the Executive Director at the International Monetary Fund (IMF) in Washington D.C., where he represented Jamaica, St. Kitts and Nevis, St. Lucia, and St. Vincent and the Grenadines at the Executive Board.  Some of the things for which he advocated included intensified financial and technical assistance from multilateral institutions to small states in a bid to strengthen their resilience against natural disasters and the effects of climate change.