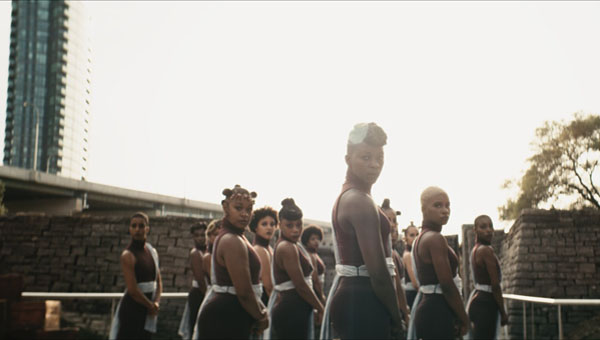 TORONTO, Ontario — Toronto History Museums recently launched the Awakenings program – a virtual series of art projects by Black, Indigenous and artists of colour — aimed at addressing the lack of representation in stories about Toronto.

It is a new program, which features art projects that explore untold stories, awaken a new perspective and invites the public to join in the conversation.

“As a city, we have made it clear that we will work hard, to address anti-Black racism and ensure that we support BIPOC (Black, Indigenous and People of Colour) residents in our city. This includes ongoing investments towards the arts and our talented artists,” said Toronto Mayor John Tory.

“The Awakenings program at the Toronto History Museums helps to address the gaps identified in programming and representation. The time to invest and create change is now, as we work towards confronting and eradicating anti-Black racism and all forms of racism, within multiple facets of our city,” Tory added.

Toronto History Museums recognized the need to reassess the way in which it develops, delivers and evaluates its programming. In accordance with the Truth and Reconciliation Commission’s Calls to Action in the Museum sector, the Toronto History Museums’ 10 sites are embracing partnerships that embody Indigenous voices, stories and knowledge into programs, collections management and sites.

“Toronto History Museums are committed to the recommendations from the Task Force on Museums and First Peoples, to effectively and respectfully, co-develop new programs, exhibits, and stories within our 10 sites,” commented Cheryl Blackman, Director of Museums and Heritage Services.

More than 80 percent of the creatives involved in Awakenings art projects are from the Black, Indigenous and people of colour communities.

A Revolution of Love
A Revolution of Love is a digital short film that follows a young Black woman, as she grapples with the histories of her ancestors and the present-day violence ravaging her community and, through dance, begins to imagine what her future looks like.

Conceived by an internationally-recognized Black creative team and featuring the words of Assata Shakur, this piece spotlights 15 women as they come together to re-frame revolution in the name of love.

“Our stories have been left out of the global narrative for centuries. We must move forward, by healing and empowering our truths, in order to obtain a true sense of equity and, most of all, unity,” said Mensah. 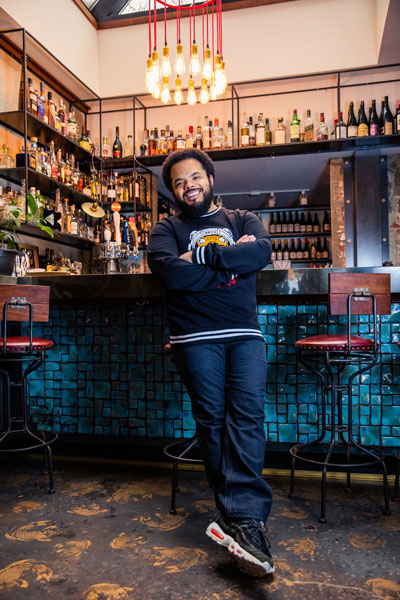 Behind the Curtain
Food Network host, restaurateur, author and award-winning recording artist, Roger Mooking, reflects on the effects of racism on mental health, and shares untold stories of his experiences growing up in the Canadian Prairies and working in the American South.

Mooking explores how food, art and music formed his journey. He is joined in conversation with award-winning hip-hop recording artist and broadcaster, Shad, and producer and multidisciplinary artist, Byron Kent Wong. Part one, launched earlier in December; and part two launches next Tuesday. “Behind the Curtain” was filmed at Toronto History Museums’ Montgomery’s Inn.

In a deeply personal essay, as part of Awakenings, Mooking reflects: “I have made a valiant effort to present a shiny vehicle for you, all these years, but in reality, and like you, I am bruised, scarred, tormented and traumatized by so many things.

“This is not to say that I am also not overjoyed, blessed, in love, and enjoy a fantastic array of magic regularly, but it is not always shiny, and publicly, shiny has mostly been what you have seen. So, it’s time to unravel truths and show some of the realities of what is normally edited out, the stories and challenges, the potholes and the mountains,” explained Mooking.

Each of the filmmakers focuses on one of the 10 Toronto History Museums to bring to light untold stories. Five of these films have launched last month.

“We were always here… Black, Indigenous, multi-generational immigrants and people of colour were always here, as were the heritage sites; this will be a true awakening to Toronto’s unseen history and our stories that need to be told,” said Director X.

Information on the Awakenings program, and its lineup, is available at www.toronto.ca/museums, and additional programming will be available this year. Join the conversation #Awakenings and #TellTheFullStory.