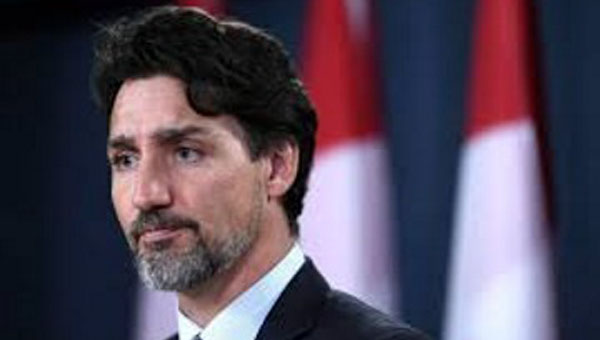 In 2015, Canadian Prime Minister, Justin Trudeau, said, in part: “We know that Canada has succeeded culturally, politically, economically, because of our diversity, not in spite of it.”

Although the majority of Canadians are under the belief that the country is exemplary when it comes to inclusion, the cold, hard truth is that Canadians still have a long way to go, towards achieving equity for Blacks in Canada.

Data indicates that anti-racism exists in Canada, and is far worse than Canadians think.

On November 26, 2015, the Prime Minister of Canada, Justin Trudeau, delivered the following speech at Canada House in London: “We are open, accepting, progressive and prosperous. Canada’s story proves that diversity and inclusion work, not just as aspirational values, but as a proven path to peace and prosperity. We know that Canada has succeeded culturally, politically, economically, because of our diversity, not in spite of it”.

This month is Black History Month, and this year, it is even more significant, in light of the pandemic and the disproportionate number of deaths of Blacks, the death of George Floyd in the US, and the events that followed. His death changed the entire world.

In the battle against racism and discrimination, education that features our common humanity, in addition to paying attention to the verbalizations of the all-too-often misrepresented and underrepresented, remain essential and powerful tools. Unequivocally, Black History Month affords that opportunity in every respect.

On May 25, 2020, a representative of the Black Community Resource Centre in Montreal, sent a letter to the office of the Prime Minister, requesting that consideration be given to the singing, at break time, of the first or last stanza of Canadian Oliver Jones’ song, Hymn to Freedom, in the month of February during hockey, and basketball games played on Canadian soil.

On January 18, 2021, following a request to ascertain the status of the previously-sent communication, the following response was received: “On behalf of Prime Minister Justin Trudeau, I would like to acknowledge receipt of your most recent email. Thank you for taking the time to write. You may be assured that your comments have been carefully reviewed.

“As you may know, the matter you raise falls within the portfolio of the Honourable Steven Guilbeault, Minister of Canadian Heritage. Should you wish to write to Canadian Heritage directly, with respect to your request, contact information is available on the following Government of Canada website: www.canada.ca/en/canadian-heritage/contact-us.html.”

As stated, the request was also sent to the Honourable Minister of Canadian Heritage, receiving the initial rote acknowledgement, followed by no further response.

The obvious lack of consideration afforded this request, starting from the top, has served to add further insult to injury for people, who live with intolerance and discrimination every day. Blacks are now left to ponder, as to how sincere was the apology of the Prime Minister, regarding the Blackface Scandal.

The oft-repeated words “we still have a long way to go”, have now been reduced to mere rhetoric. It is blatantly clear that full elimination of racial discrimination will never appear.

Recently, in a move to honour the victims and show support with the survivors of the 2017 Quebec City mosque attack, the federal government announced that January 29 will become a national day of remembrance.

Additionally, the Ministry of Canadian Heritage, in a statement, said “Islamophobia is a concrete and daily reality for Muslim communities everywhere, and as such, there is a duty to remember the victims and a responsibility to battle discrimination and continue to build a more inclusive Canada.”

Such a remark smacks of profound thoughtlessness, qualifying for consideration as a national disgrace. In reality, for Blacks racism is stark “actuality”.

The time has come for the Prime Minister to back up his words with demonstrable actions, and cease being a master of the moral high ground.

The oft-repeated words “we still have a long way to go”, have now been reduced to mere rhetoric. It is blatantly clear that full elimination of racial discrimination will never appear.

How can it be expected to stop, when the very behavior is being displayed from the top. Clearly conclusive, is that there exists a double standard for the term “inclusive”. 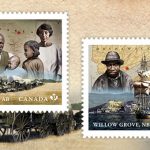