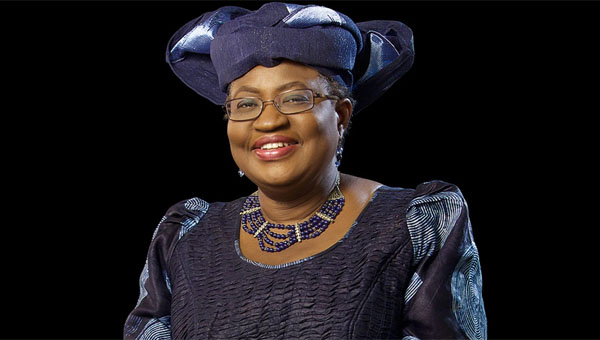 When she takes office on March 1, Dr. Okonjo-Iweala will become the first woman and the first African to be chosen as Director-General. Her four-year, renewable term will expire on August 31, 2025.

“This is a very significant moment for the WTO. On behalf of the General Council, I extend our warmest congratulations to Dr Ngozi Okonjo-Iweala on her appointment, as the WTO’s next Director-General, and formally welcome her to this General Council meeting,” said General Council Chair, David Walker, of New Zealand, who, together with co-facilitators, Ambassador Dacio Castillo (Honduras) and Ambassador Harald Aspelund (Iceland), led the nine-month DG selection process.

“Dr. Ngozi, on behalf of all members, I wish to sincerely thank you for your graciousness in these exceptional months, and for your patience. We look forward to collaborating closely, with you, Dr. Ngozi, and I am certain that all members will work with you, constructively, during your tenure as Director-General, to shape the future of this organization,” he added.

“I am honoured to have been selected by WTO members as WTO Director-General,” responded Dr. Okonjo-Iweala. “A strong WTO is vital, if we are to recover fully and rapidly from the devastation wrought by the COVID-19 pandemic. I look forward to working with members to shape and implement the policy responses we need, to get the global economy going again.

“Our organization faces a great many challenges but, working together, we can collectively make the WTO stronger, more agile and better adapted to the realities of today.”

Dr. Okonjo-Iweala added that a key priority for her would be to work with members to quickly address the economic and health consequences, brought about by the COVID-19 pandemic.

The General Council’s decision followed months of uncertainty, which arose when the United States initially refused to join the consensus around Dr. Okonjo-Iweala, and threw its support behind Trade Minister, Yoo Myung-hee, of the Republic of Korea.

But, following Myung-hee’s decision, on February 5, to withdraw her candidacy, the newly-elected administration of US President, Joseph R. Biden, dropped its objection, and announced instead, that Washington extended its “strong support” to the candidacy of Dr. Okonjo-Iweala.

Ambassador Walker extended his thanks to all eight of the candidates, who participated in the selection process and, particularly, to Myung-hee, “for her ongoing commitment to, and support for, the multilateral trading system and for the WTO”.

The process for selecting a new Director-General was triggered last year, on May 14, when former Director-General, Roberto Azevêdo, informed WTO members, he would be stepping down from his post, one year before the expiry of his mandate. He subsequently left office on August 31.