New in Pride
Home / Commentary / The Impact Of Chinese, Hispanic And Haitian Migrants On Trinidad, Guyana And Suriname 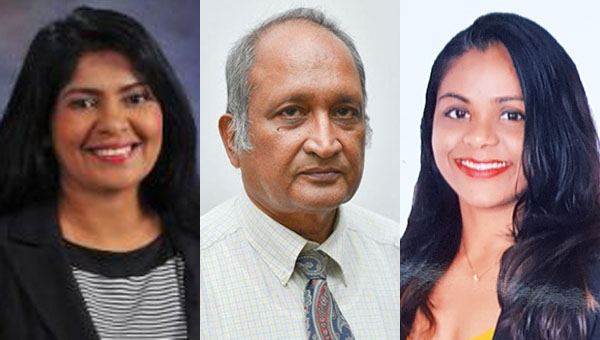 In recent years, there has been both legal and illegal mass movement of people from China, Venezuela and Haiti within and to the Caribbean. Is this recent wave of migrants a problem or opportunity for the receiving economies and societies?

This mass movement of foreigners would definitely have an impact on territorial identity, culture, race, politics, economy, labour, globalization, Diaspora and transnationalism

The following are highlights of a ZOOM public meeting, held recently, on the topic, “The Impact of Chinese, Hispanic and Haitian Migrants on Trinidad, Guyana and Suriname”.

The Pan-Caribbean meeting was hosted by the Indo-Caribbean Cultural Centre (ICC), was chaired by Devika Bipat, and moderated by Prija Gopalrai, both young women from Suriname.

The speakers were Dr. Indira Rampersad (Trinidad and Tobago), a lecturer of political science and international relations at the University of the West Indies (UWI); Dr. Turhan Doerga (Guyana), an international consultant on trade, rice and industry and the Chief Executive Officer of GuyEnergy; and Dr. Kirtie Algoe (Suriname), a researcher in the Institute for Graduate Studies and Research at the Anton de Kom University of Suriname.

“I discuss inter-racial unions between Chinese immigrants and the emergence of mixed Chinese groups that were more ‘Creole’ or West Indian, than Chinese.

“My presentation also underscores the alternative perspective of their insularity, and proclivity to maintain their cultural identity, through importing Chinese brides from China for prospective Chinese grooms.

“I also examine Chinese foreign policy to Trinidad and Tobago, noting the recent overtures, by the Kamla Persad-Bissessar-led government (2010 – 2015) and the successive Keith Rowley (2015 – present) administration, and the more than 60 bilateral agreements, signed by August 2017.

“With regards to the influx of Venezuelans into Trinidad and Tobago, I underscore the fact that their large number has not been officially confirmed.

“My talk also assesses the tendency of some migrants toward criminal activities, including homicide, robbery, prostitution and human trafficking. I also note the nexus, between the politics of the island and that of Venezuela, with the ruling PNM government’s support for Venezuelan President, Nicholas Maduro; and the Opposition UNC’s support for Guaido.

“My presentation also examines the impact of the Venezuelan migrants on social services, such as health, education and employment, and the social implications of cohabitation and inter-marriages, between Venezuelans and Trinidadians.”

“Chinese migration may also diverge from regional migration, as regional migrants tend to seek personal betterment for themselves and their families, through legal means of economic elevation.

“However, much of Chinese globalization is driven by parallel economies or those economic activities, which are not recorded in official economic reporting and which may not necessarily be legal. Much of this activity can occur through black market interactions.

“While many of the migrants come to the Caribbean to operate at a lower economic scale, Chinese migrants tend to operate as a global cohesive unit. This may bode adversely for Caribbean people, if they intend to perpetuate the ‘dog-eat-dog’ or ‘Crabs-in-a-barrel mentality’.

“The Chinese strategy of pooling their resources and cohesively elevating one another, has displayed its effectiveness in China’s ability to elevate masses out of poverty.”

Dr. Algoe commented:
“This presentation addresses the impact of recent Chinese, Hispanic and Haitian migrants on the demography, economy, labour market and geographical distribution in Suriname. It is difficult to analyse their impact, with precision, because demographic data are incomplete and unreliable.

“Official records show that the share of Chinese and Brazilians migrants has been larger than that of Haitians, Cubans and Venezuelans in the past 10 years.

“Brazilian and Chinese people are highly visible in businesses and public spaces, but this trend is gradually changing to include Haitians, Cubans and Venezuelans. Brazilians have established many settlements; one of which is called “Little Belem” in the capital city.

“Most immigrants are male. They work in small-scale gold mining and related businesses. Haitian groups live in Saramacca and work on banana plantations. Many migrants are low-skilled labourers, such as carpenters and domestic workers.

“There are also female sex workers. Some are even victims of human trafficking. Two recent murdered Cubans, found in floating barrels, indicate their role in crime.”

Dr. Mahabir is an anthropologist, based in San Juan, Trinidad and Tobago, who has published 12 books on Indo-Caribbean identity.