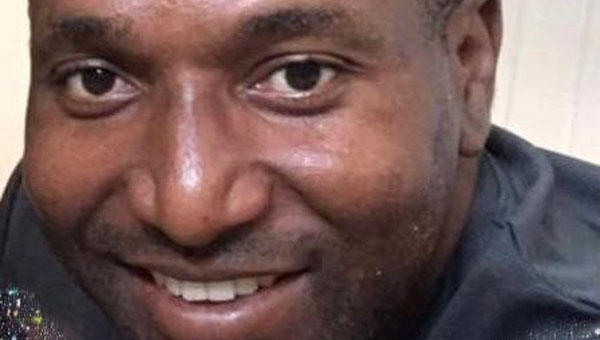 His untimely passing, plunged his many family members, relatives, friends and associates into a state of stupefying disbelief, shock and profound grief.

Described, by those who knew him, as a personable, loving, unselfish and caring person, Germaine, was born to proud parents, Webbley Lupe and Caesarine Horne-Joseph, on Sunday, March 10, 1985. 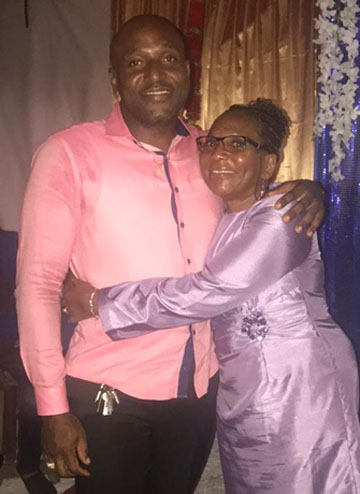 Tall, burly and handsome, Germaine, an enterprising entrepreneur and recent owner of a mechanic and vulcanising business, was the husband of Claudette Ann Campbell, and stepfather to Trevor and Kimberley Patraj.

He subsequently propelled himself into successive successful careers with Kei-Shar’s Home Goods Store; the Guyana Ministry of Public Works — Amaila Falls Project; and as a self-employed taxi driver, before his most recent business venture.

An accomplished sport fisherman, Germaine’s hobbies also included barbequing and “fixing things” for family, relatives, friends, associates, neighbours — and anyone else who asked.

His grieving mother, Caesarine, in a text interview, described Germaine as “my baby” — he was the last of her five children — and her “McGuiver”, because of his mostly-self-taught talent to “always fabricate something to fix any problem”, leaving her with “many memories around the house”.

The beloved, well-liked, and greatly-admired Germaine was:
grandson of the late Sydney and Lillian Lupe of Arcadia Village and the late Zurich and Minerva Horne of Agricola/ brother of Nikita (Mandy) Marques-Murphy, Andrew, Adrian and Mario Marques/ nephew of the late Elsa Pantlitz of Canada; Marva Lupe-Grant; Delphine Hodge; Sydney Lupe and Wilvor Lupe of the USA; Theresa McKie of Canada; Viola Babb and Cynthia George of BVI/ uncle to Tiffany; Tayshawn; Tyrese; Sabina, Tyrique, Timothy, Stephon, Jasana, Mariel, Marion, Marianne, Marique, Marius and Sasha/ great uncle of Romir Gill/ cousin of Ricardo Pantlitz; Mark Pantlitz of Canada; Michael Pantlitz of the USA; Michelle Archer of the USA; Kith Hosannah; the late Malaika Grant; Joel Grant of Barbados; Joella Grant; Compton (Jr.) and Melanie Hodge of the USA; Melissa Thompson; Fiona Lupe and Keon Lupe of the USA; Kenisha Lupe Munroe and Monique Lupe Nelson of the USA; Brian and others of Canada; Alic and Ali George; Claudine Babb and others of BVI; the Lupes, Hornes Wilsons and many others/ son in law of Shamoon Campbell and the late Kenneth Campbell/ brother in law of Neville Murphy and Dolly Ranjit of Barbados; Natoya and Mellonie Marques; Early and Dayday Campbell; and Bharat Ranjit/ uncle in law of Jemain Edwards/ and friend to Buddy, Notch, Teon, John, Bradford, Sandra and others.