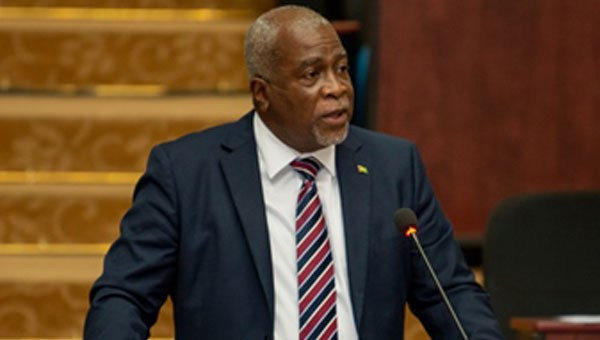 GEORGETOWN, Guyana (Tuesday, March 16, 2021) — Prime Minister, Mark Phillips, proclaimed, yesterday morning, that the government remains committed to promoting peace and unity, at home among its diverse population, and at the international level.

The Prime Minister made these comments while delivering virtual remarks, on the occasion of the fifth commemoration of the Heavenly Culture, World Peace, Restoration of Light’s (HWPL), Declaration of Peace and Cessation of War.

“Guyana has always embraced a spirit of peace … everything that we do, must be done with the ultimate goal of promoting unity, cooperation, and an overall culture of peace, particularly when it comes to sensitive areas, such as politics, religion and economics,” Phillips explained.

The Prime Minister pointed out that the claims, by Venezuela, over Guyana’s territory, have tested the relationship between the two countries; but that Guyana remains committed to the best practice of peace.

“Guyana has become home to many Venezuelans, in the recent past, as a result of that country’s ongoing economic and political state; and, even as we welcome those nationals to our land, we continually hope that a peaceful end to this dispute can be achieved,” he added.

Prime Minister Phillips noted that wars and conflicts create an atmosphere of uncertainty, which affects generations of people and constrains growth and development.

“Today’s world is wrought with major global issues that create conflicts, which bring about gross uncertainty, concerning cooperation among countries…. We continue to see territories fight against each other, based on historical practices, following in the footsteps of forefathers, who, at the time, had fewer opportunities, advancements and information than we do today,” the Prime Minister lamented.

With regard to Guyana’s internal affairs, he said that peaceful relations is an integral part of the social construct of the Guyanese society and that the country takes pride in its diversity.

“We take pride in our racial and cultural diversity. We revel in our differences, while using those differences to share experiences with each other. It is these practices that allow us to always be lauded for our hospitality, by visitors far and wide,” Phillips observed.

HWPL is an international non-governmental peace organisation, which has special consultative status with the UN Economic and Social Council. It is associated with the UN Department of Global Communications (DGC) and the Seoul Metropolitan Government.