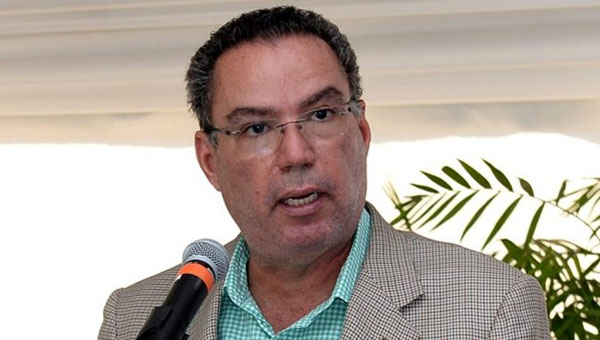 KINGSTON, Jamaica (Friday, March 26, 2021) — Minister of Science, Energy and Technology, Daryl Vaz, says that leveraging the power of renewable sources for the country’s energy sector is a priority in the creation of a “new Jamaica”.

“The anticipated impact will result in less vulnerability to external economic shocks, more immunity from the negative effects of geopolitical tensions, reduced energy prices, 100 percent electricity access, and reduction in the country’s carbon footprint,” he said.

Jamaica has set a target of achieving 33 percent of electricity generation from renewables by 2030, and 50 percent by 2037.

The Energy Minister said that by 2025, Jamaica will be generating approximately 22 percent of electricity from renewable sources.

“Currently, we have 17 utility-scale renewable energy projects. For the five-year target to 2025, Jamaica is targeting 320 megawatts of solar and wind, 120 megawatts of liquefied natural gas (LNG), and 74 megawatts of hydro waste energy and/or biomass,” he noted, adding that the country is well on its way to developing an electric mobility subsector.

Vaz said that in order to ensure that the country’s energy targets are met, Cabinet has appointed a board for the entity responsible for procuring new electricity generation capacity, in accordance with the Electricity Act 2015.

In addition, he informed that the Ministry will be undertaking a renewable energy penetration survey to update and confirm the extent of renewable energy uptake, and an energy end-use survey to investigate the changes in electricity load patterns and the end-use consumption allocations.

Vaz said the results from these surveys will support load forecasts for energy sector planning.

The two-day virtual Conversations Canada trade mission, which concluded, yesterday, is hosted by the High Commission of Canada in Jamaica, in partnership with 10 Canadian-based companies involved in the clean technology sector.

It brings together government representatives and Canadian sector experts to discuss common priorities and economic opportunities for climate and clean technologies and examines sector needs.