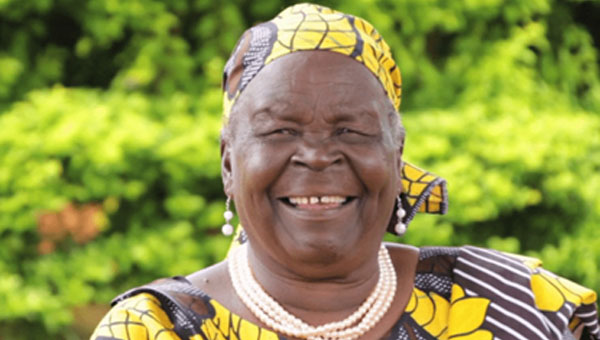 Dr. Obama, who was 99 years-old, died at the Jaramogi Oginga Odinga Teaching and Referral Hospital in Kisumu, Kenya, where she was undergoing treatment. 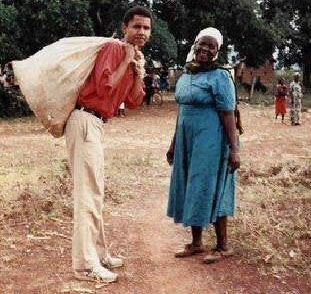 Mama Sarah has been unwell for the last couple of years, according to her daughter, Marsat Onyango Obama, who has been taking care of her at their rural home in Nyang’oma village, Kogelo, Siaya County, Kenya.

Mama Sarah Obama — who was awarded the Elder of the Order of the Burning Spear of Kenya (EBS) in 2017, by President, Uhuru Kenyatta, for her dedicated service to the poor — has been at the forefront of championing the plight of orphans, girls and widows in Africa, for decades.

She was honored, in 2014, by United Nations Women in New York, USA, for her efforts and work towards girl-child education, women empowerment and gender equality in Africa.

Despite having never gone to school, Mama Sarah Obama has an Honorary Doctor of Letters Degree, awarded by Great Lakes University in 2010, for her work in poverty-eradication programs for poor communities. 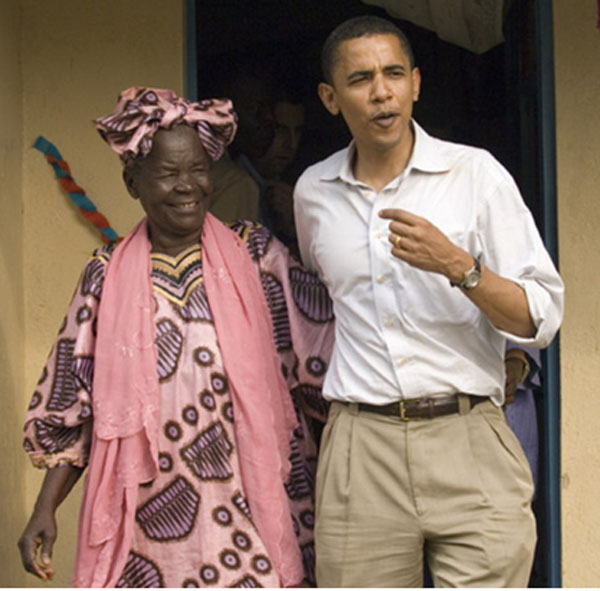 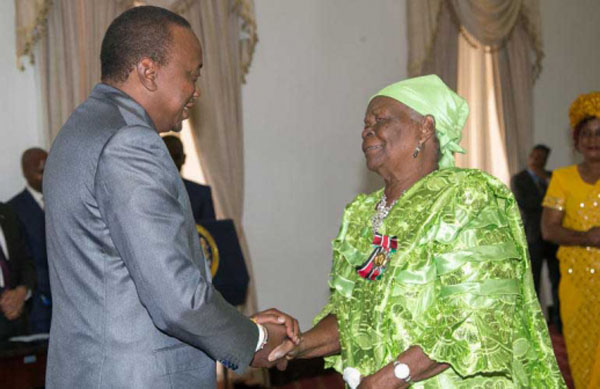 Mama Sarah Obama with Kenyan President, Uhuru Kenyatta, at the State House in Nairobi in 2017.

Recently, she kept a very low profile, due to her worsening health condition, and has been concentrating on philanthropy, mainly focusing on orphans, vulnerable children and widows, through her community-based organization, Mama Sarah Obama Children Foundation — started with her daughter Marsat, two decades ago, in Siaya, Kenya.

In 2015, she visited Canada, where she was received by a host of Canadian political and community leaders, including former Ontario Finance Minister, Charles Sousa; former Mississauga Mayor, Hazel McCallion; and Annie Bynoe, Executive Director of Knights Table, a charity organization, based in Brampton. 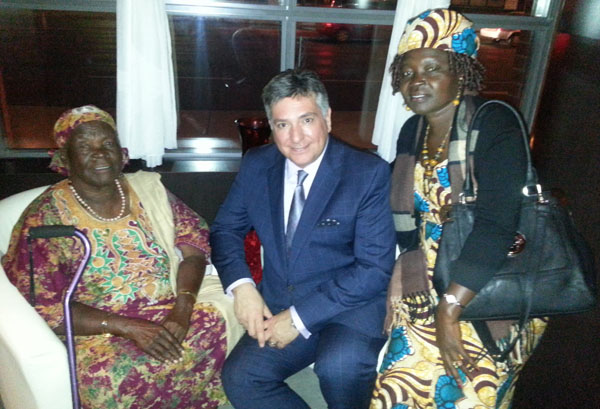 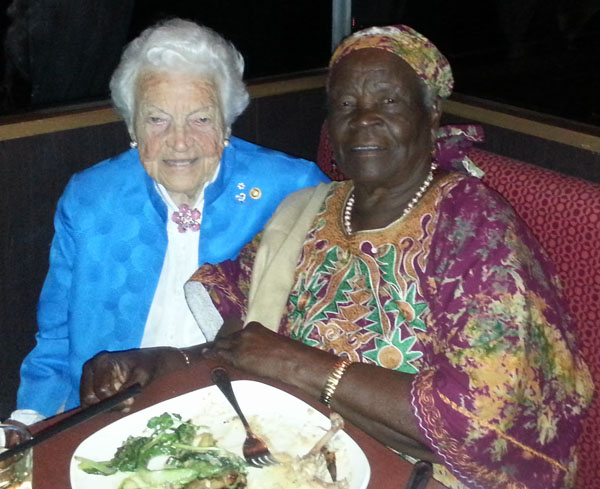 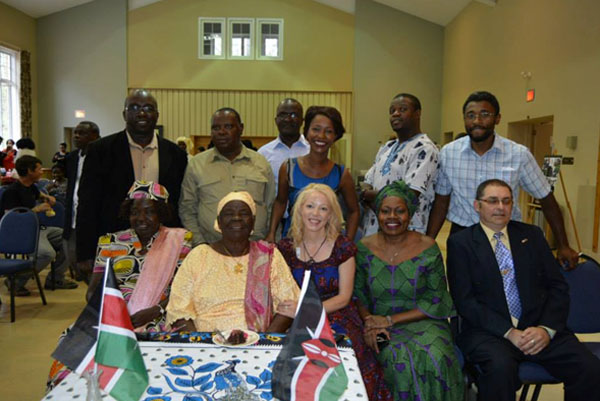 The late Mama Sarah Obama (front row, second from left) and her daughter, Marsat Onyango Obama (seated front row, left) on their visit to Ottawa, Canada, in May 2015 with. Also in photo are (front row from right to left): Dave Feldman, Sarah Onyango and Peggy Taillon, of HERA Mission Canada. She was accompanied by her Communications Director, Ephraim Mwaura (standing far left), who is currently the Kenyan Canadian Association President. Photo courtesy of Marsat Onyango Obama. 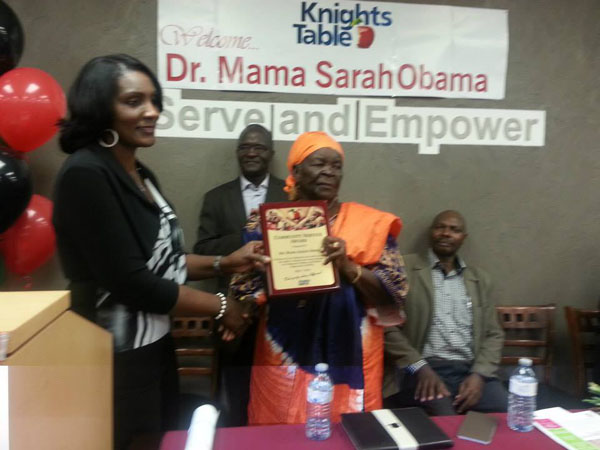 Also, the Mississauga Airport Rotary Club, led by Monica Czorny, hosted a colorful dinner, in honor of the late Obama matriarch; and she was the Chief Guest at the 2015 GoodLife Fitness Toronto Marathon.

Very passionate about using sports as a way to address some of the challenges facing the youth in her community, she has been co-organising the Mama Sarah Obama Kogelo Road Race, in collaboration with the Siaya county government, to raise funds for HIV/AIDS orphans, vulnerable children and widows.