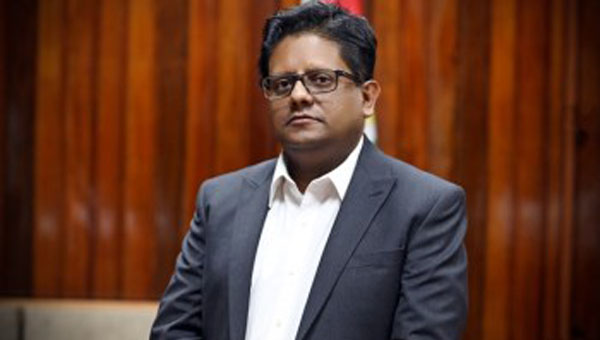 The Conclave was held, under the theme ‘Investing in Human Capital for a Green, Resilient and Inclusive Recovery’.

Minister Singh spoke on the topic of promoting economic opportunities, while ensuring environmental and fiscal sustainability, and focused his address on Guyana’s Low Carbon Development Strategy (LCDS), which is soon to be expanded, and which will set out a comprehensive development agenda for the country, along a low-carbon trajectory.

He also focused on the high priority, being placed by the government, on various initiatives to promote human capital development.

In his address, the Minister highlighted Guyana’s bright economic prospects, as well as the country’s vulnerabilities and development challenges, emphasizing that Guyana is rich in natural resources — including oil, minerals, and forests that cover 85 percent of the country’s territory — making its economic prospects very promising, despite COVID-19 and domestic political issues that caused a sharp contraction in non-oil GDP in 2020.

“But we also face extreme vulnerabilities to climate change, as well as significant development challenges. We are well aware of the magnitude of these challenges. They include avoiding the resource curse, promoting a strong and competitive non-oil economy, addressing our infrastructure gap, and improving human development outcomes,” Dr. Singh noted.

On the issue of environmental sustainability, Minister Singh highlighted the role of, both the original LCDS, as well as the soon-to-be-expanded LCDS.

“Guyana’s commitment to low carbon or green growth is longstanding. In 2008, we published, what we believe, was the first low carbon development strategy for a developing country.

“The LCDS reflected that Guyana is at the intersection of many different aspects of the climate challenge. On the one hand, our low-lying coast means we are heavily impacted by climate change,” he explained.

The Senior Finance Minister then proceeded to highlight examples of some of the impacts on the country, as a result of climate change: “In 2005, floods caused economic damage, equivalent to 60 percent of GDP. On the other hand, our forests make a very substantial contribution in the global fight against climate change.

“The LCDS paved the way for us to join with Norway in 2009 in the world’s third largest international forest partnership, under which the climate services, provided by our forests, were remunerated for the first time – making available US$250 million of performance-based payment for climate services to finance climate-friendly investments.”

He posited further that the government is now preparing an expanded LCDS, which will build on the original LCDS and outline a comprehensive low carbon development agenda for Guyana.

Minister Singh assured that the government has placed the highest level of importance on investing in human capital development, as he elaborated its emphasis on education.

He explained that “despite the many competing calls on our finite fiscal resources, we are investing, heavily, in the social sector – education, health, etc. – as well as in facilitative infrastructure, such as information and communications technology. For example, in education, we are investing, heavily, in early childhood education, universal primary and secondary education; improving access to, and quality of, tertiary education, strengthening technical and vocational education, improving learning outcomes at all levels; and ensuring lifelong learning – supported with the use of information and communication technology, based on lessons learnt during COVID-19 – and all, with the aim of improving production and productivity, as well as individual and household well-being.”

He added that “on many of these initiatives, we are collaborating with the Bank, and we expect the education sector to dominate our portfolio of projects with the Bank in the next programming cycle… this will be in-keeping with our emphasis on human capital development, both as an input to, and an outcome of, sustainable economic growth.”

In concluding his presentation the Minister reiterated that his government views human capital development “as both a critical prerequisite for, and a critical objective of, economic growth”.

Monday morning’s Conclave on Human Capital saw participation from the World Bank Group President, David Malpass, other senior executives of the Bank, and several Ministers of Finance, from around the world.