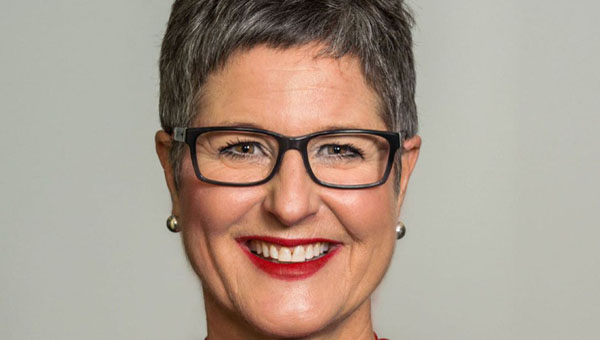 Toronto's Ombudsman, Susan Opler, emphatically states: "We will examine the real-life-impact that the Toronto Police Service’s policies and procedures have on people in our city." Photo courtesy of the Ombudsman's office.

“This is a groundbreaking step in independent, local police accountability, on behalf of the people of Toronto,” commented Ombudsman, Susan Opler. “It comes at a critically-important time, when public trust in police and policing institutions is low, and calls for policing reform echo, nationwide.”

Through its initial consultations, Ombudsman Toronto has already identified several areas that could benefit from its review, including: criminal records checks; the vulnerable persons registry; and victim services and programs, designed to reach out to at-risk and marginalized communities.

It expects to identify other areas for review, as its work proceeds, and will make the results of its investigations public, aiming to promote transparency and maintain public trust.

To avoid duplicating the work of existing oversight bodies, Ombudsman Toronto will not investigate individual complaints about the Toronto Police Service (TPS), or how the TPS handles complaints. It will also not review the conduct of individual officers, focusing instead on the systemic impacts of TPS procedures and programs.

“Ombudsman Toronto will be consulting with the public — including members of Black and Indigenous communities and other equity-seeking groups — to better understand their needs, their hopes and their concerns.”

In-keeping with Ombudsman Toronto’s existing mandate, this new police accountability mechanism will be independent of the city, the TPS and the Toronto Police Services Board (TPS Board).

“Ombudsman Toronto’s oversight will be systemic,” explained Opler. “We will examine the real-life impact that the Toronto Police Service’s policies and procedures have on people in our city.

“We will recommend practical solutions to improve the fairness and accountability of the Toronto Police, and follow up to make sure they are implemented.”

The Ombudsman will have full control and discretion over investigations, public reports and recommendations, and its MOU with the TPS Board and the TPS clearly defines its role and authority to carry out this oversight.

The success of this new mandate will depend on the trust and participation of the people of Toronto, who will bring a wealth of knowledge and expertise to the project, suggested an Ombudsman Toronto media release, yesterday.

“Ombudsman Toronto will be consulting with the public — including members of Black and Indigenous communities and other equity-seeking groups — to better understand their needs, their hopes and their concerns,” the release noted.

Toronto’s Office of the Ombudsman officially opened in April 2009, created by the provincial government, as part of an independent accountability framework for the city, and giving it broad jurisdiction and powers, including, overseeing all city divisions and most city agencies, corporations and adjudicative bodies.

It includes four sub-offices: Auditor General, which deals with fraud and waste; Office of Integrity Commissioner that is concerned with the conduct of elected officials; Office of the Lobbyist Registrar, which ensures transparency in lobbying of public officials; and Ombudsman Toronto, which deals with administrative fairness, impartially investigates complaints and concerns about city administration and unfairness in the delivery of city services; and has the legal power to investigate on its own initiative.

Its legal mandate is “to investigate, in an independent manner, any decision or recommendation made, or any act done or omitted, in the course of the administration of the city…”

The Ombudsman, who can issue subpoenas to obtain documents and interview witnesses, reports directly to city council, and the office operates independently of the city administration. Information it gathers, when looking into an issue(s), is exempt from disclosure, under the Municipal Freedom of Information and Protection of Privacy Act.

The Ombudsman’s findings and recommendations are final and cannot be appealed, and she cannot be compelled to testify in court.

While the Ombudsman cannot compel the city to take action, she recommends changes to improve service to the public and, notably, since the office opened in 2009, every one of its recommendations has been accepted.