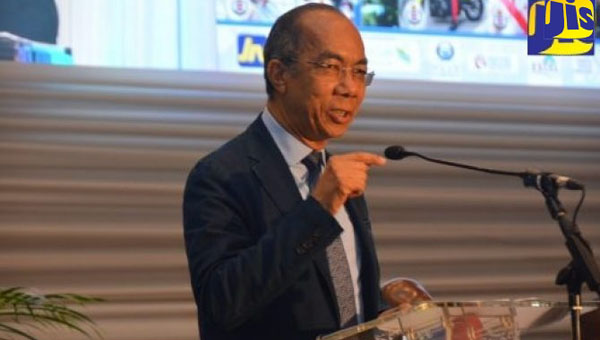 KINGSTON, Jamaica (Tuesday, April 13, 2021) — The government is bolstering its capacity to intercept the trafficking of guns and ammunition into the country, as well as implementing a more robust legislative framework to punish those, who engage in the illicit trade.

Addressing the ‘Let’s Connect with Ambassador Marks’ virtual discussion session on April 8, Deputy Prime Minister and Minister of National Security, Dr. Horace Chang, said that strengthening the legislative framework is critical to addressing the issue of crime in the country.

Eighty percent of homicides in the country are committed with firearms.

“We are in the process of having a new Firearms Act, which will increase the penalty for, not only illegal possession and use of firearms, [but] also trading and manufacturing. We are looking at a number of other pieces of legislation, so we can have a more robust legislative framework in dealing with crime,” Dr. Chang said.

Dr. Chang said that the acquisition of critical pieces of equipment has been paramount in disrupting the guns-for-drugs trade.

He shared that the Coast Guard, which is tasked with the maintenance of law and order in Jamaica’s maritime domain, has been retooled.

“We have acquired three ocean-going vessels and a marine patrol aircraft, which is very effective in intercepting the boats, out there,” he said, noting that a coastal radar is to be installed.

Meanwhile, Dr. Chang said that the positive engagement of boys and young men is critical in steering them away from criminal activities.

“We are deeply concerned about the continuing recruitability of our young boys, and we are going to ensure that we introduce programs to engage them, positively, from early on and correct some of the problems, even at the infancy stage, to prevent the continued replenishment of the gangs,” he said.