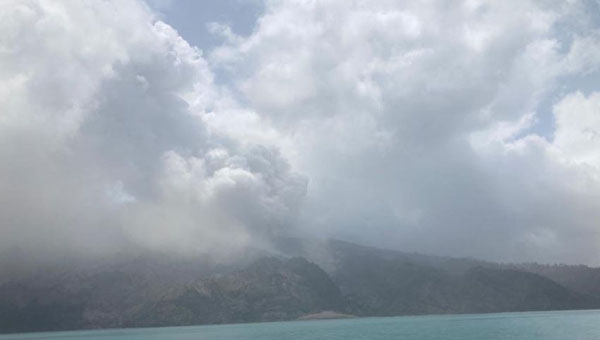 BRIDGETOWN, Barbados (Tuesday, April 13, 2021) — With the recent explosions and destruction of the La Soufrière volcano’s dome in St. Vincent and the Grenadines, a large volume of ash plumes reached Barbados, resulting in the closure of the Grantley Adams International Airport and the Bridgetown Port.

The Port remains closed to business, today, as ash-fall from the volcano has made the environment unsafe for a return to the delivery of cargo. As a result, access to the Port will continue to be restricted to authorised essential personnel only, but cargo will be discharged from arriving vessels. 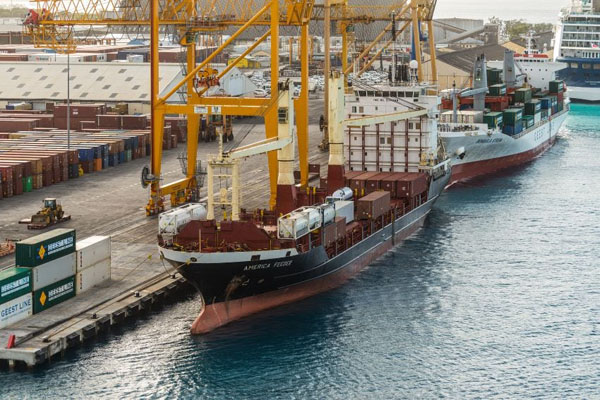 Director of The University of the West Indies Seismic Research Centre, Professor Richard Robertson, during a La Soufrière emergency update, last night, indicated that ash plumes could continue to affect Barbados for up to a year.

“As long as the volcano is erupting explosively … and it is now in an explosive state, and currently the time period for being in this state is unclear; given past activity patterns of La Soufrière and other volcanoes like it, this period could vary from a few weeks to a few months, to as long as up to a year, given past experience.

“So, in terms of what you would expect in the coming weeks, it is possible, in this week, given that it seems to be trending towards smaller, shorter, less vigorous plumes, that you may not have periods of so much ash, but that is not to say that, in the coming weeks, because it’s continuing its eruptive explosive activity, that you will not again have periods, where you will have ash-fall,” Professor Robertson explained.

He continued: “They may or may not be as intense as you had them in the past, but for your sake, our sakes, this volcano goes back to sleep, as quickly as possible, but there is no indication currently, that it is heading in that direction.”

The Professor further elaborated on why Barbados would continue to be affected by ash plumes: “The current kind of activity that’s going on involves episodic explosive episodes, in which explosive activity or venting of particles are dispersed by periods of relative quiet. Now that kind of pattern has been sustained, from since it actually started; what has varied is the intensity of the explosions, they have either been stronger or weaker….

“It seems to us that it will continue with this episodic behaviour that remains for a period of longer quiet, but, at some point, it’s going to pick up again, and then it’s going to pick up such that, you have these very high altitude plumes that can generate ash….As long as La Soufrière is erupting, Barbadians have to expect that.… at some times, during the explosive eruptive periods, you will have ash, that could go on for days, weeks or up to a year or more, or a little bit more than that,” Profession Robertson emphasised. 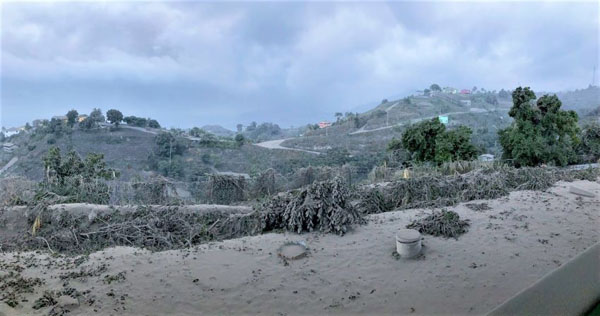 He pointed out that the effects from the ash is bad now, but “the material that is being produced and … the destructive work that it is doing, is actually going to help the soil; help rejuvenate things, and that it actually will be positive in the end”.

Professor Robertson advised that measures and systems be put in place to help Barbados prepare and respond to the ash plumes from the volcano activity.

He commended Barbados for the current warning system in place, which he noted could aid in helping persons to take action and minimise the impact.