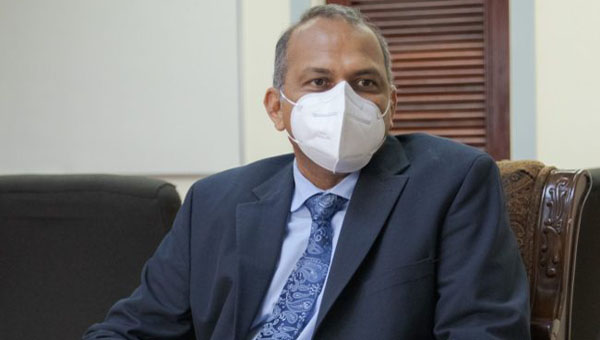 GEORGETOWN, Guyana (Friday, April 16, 2021) — Minister of Health, Dr. Frank Anthony, declared that Guyana’s vaccination campaign against COVID-19 has put the country in a “good position”, ahead of its CARICOM counterparts.

While he did not give a specific ranking, the Health Minister said Guyana’s efforts to provide vaccines for its people have pushed the nation forward.

“We have been able to acquire more vaccines, than just depending on the COVAX facility, and that’s why were able to advance our immunisation program,” Dr. Anthony explained, during his COVID-19 update, yesterday.

Since most countries in the region were depending on COVAX for their vaccines, Dr. Anthony said they were unable to immunise a large cross-section of their populations.

“We are moving forward; we are going to get more vaccines. As you know, we have had in country, 55,000 doses of the Sputnik V and, with this additional 83,000, this is going to help to get more Guyanese immunised,” he said.

The Minister said Guyana’s vaccine uptake has been “quite good”.

As of Wednesday, more than 70,000 persons received their first doses and, once persons have received their second doses, they would be fully immunised against a severe form of Covid-19, noted Dr. Anthony.

He reported that vaccination teams are spread out across Guyana, ensuring that every section of the population can access vaccines.