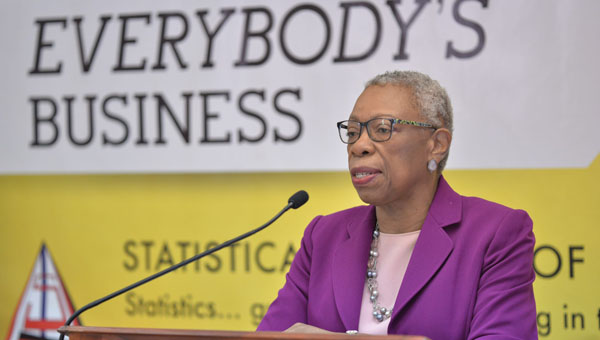 KINGSTON, Jamaica (Friday, April 16, 2021) — Jamaica’s expenditure on imports, during the 2020 calendar year, fell by 26.4 percent to US$4.76 billion, relative to the previous year, disclosed Director General of the Statistical Institute of Jamaica (STATIN), Carol Coy, during the entity’s digital quarterly briefing on yesterday.

Coy said the decline was largely attributed to lower imports of fuel and lubricants and raw materials/intermediate goods, which fell by 48.8 and 17.1 per cent, respectively.

“The decline in total exports was mainly influenced by a reduction in the exports of alumina, which fell by 39.8 percent, and mineral fuels, which fell by 36.1 percent,” the Director General stated.

Coy also advised that the rate of inflation (consumer price index) rose by 1.1 percent in March.