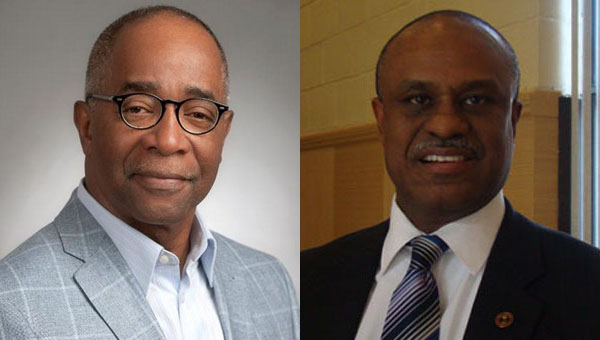 Venerable Black community members, Ken Jeffers (left), is a former manager of access and diversity at the City of Toronto; and Kirk Mark is a former senior manager at the Toronto Catholic District School Board (TCDSB). Photos contributed.

Kirk Mark, a retiree of the TCDSB, where he worked for almost 30 years, and a recipient of an African Canadian Achievement Award for Excellence in Education; and Ken Jeffers, a former manager of access and diversity at the City of Toronto, and this year’s recipient of the Lifetime Achievement Award, at the recently-held BBPA Harry Jerome Awards, left their positions on the African Canadian Advisory Committee (ACAC), last month.

Mark says his resignation was triggered by the disrespectful way, in which he was addressed at a meeting in November 2020.

As a former senior manager at the TCDSB, he was responsible for developing the African Canadian Advisory Committee in 2015, and the other ethno-cultural committees, from 2012, including those for the Portuguese, Spanish, Filipino, and Ukrainian communities.

The retired school administrator says he also felt that the current leadership of the equity department, did not seem interested in seeking information, in order to make informed decisions, from those “who have been there, done that”.

Mark thinks it is imperative for the TCDSB to develop a framework to combat and dismantle systemic anti-Black racism and the other forms of racism, within the board.

He notes that in 1984, the Metropolitan Separate School Board (renamed the TCDSB after the amalgamation of the city) was the first one in Canada to develop a race and ethnic relations multiculturalism policy, which addressed several areas of focus.

Years later, while working in the race relations department, Mark says he developed a revised roadmap, using these new categories; however, when he presented it to the senior staff, he was told that he was too far ahead of his time. The document sat in his drawer, collecting dust for a number of years, until he retired in 2017.

In deputations and presentations to the TCDSB, alongside Jeffers, he recommended the Equity and Inclusive Education Strategy as a roadmap.

Meanwhile, Jeffers says he had some differences, with respect to how the ACAC was being dealt with, by the TCDSB, through its bureaucrats.

“I had a major philosophical difference, in terms of their dictating to us, Black adult people, in this year, 2021. In his view, this smacks of “a whole colonial approach”, which Jeffers says he would never accept.

“There appears not to be a unanimous decision on that position that I have personally taken, and I am not going to compromise, and will never compromise, with any White establishment, or any system, dictating to Black people, who must be our leader. That’s an old plantation kind of philosophy that is old and tired, and if people decide, well, look, they don’t see it that way, I respect that, but I don’t agree. That’s not my MO [modus operandi] and it has never been, and it never will be,” he explained.

Jeffers and Mark made presentations to the Board in 2020, regarding the African Canadian Advisory Committee. His main request was for the TCDSB to establish a special-status category for the ACAC, because, over a period of forty years, not much had changed for Black students in the school system, province-wide.

He says boards of education have been irresponsible in making sure that their professional teachers are not failing to educate Black children, and there are no consequences.

Jeffers has also called for a self-evaluation of the effectiveness, or lack thereof, of the ACAC, and thinks the committee’s outcome has been abysmal, which is not entirely the fault of the committee.

“When you look at it, we cannot point to an outcome that says, based on time there, this is how our children have benefitted. We cannot do it,” says Jeffers, who noted that he is looking out for the interest of Black children.

Jeffers pointed out that very few people, if any, know that the ACAC exists in the TCDSB, and he has urged the board to have a communication plan to parents and teachers, so that they know about the committee — but it has not done so. 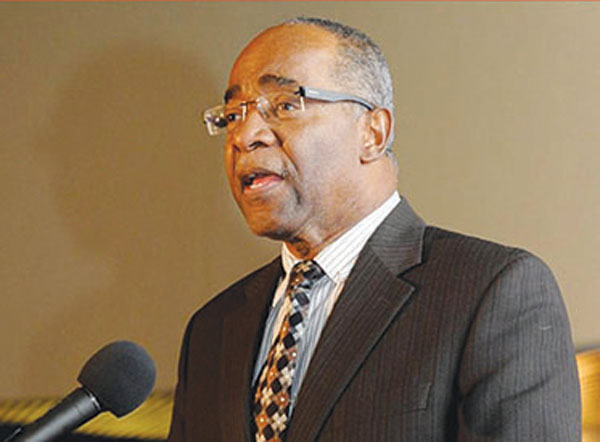 Jeffers says Boards of Education have been irresponsible in making sure that their professional teachers are not failing to educate Black children. Photo contributed.

The TCDSB passed his motion, unanimously, and Jeffers was ready to use that special-status “to do many wonderful things”, before his resignation.

The African Canadian Advisory Committee comprises of two components: staff and community, nine members from each.

Harrow says the purpose of the ACAC is to work, collaboratively, with the school board, in an effort to combat anti-Black racism and oppression, and work towards the success of Black students, within the institution.

She explains that all members of the community component of the ACAC have an equal voice in the committee and have always been free to state their opinions.

Harrow says it is her understanding that Mark and Jeffers resigned, for their own personal reasons, “but the bottom line was, their displeasure at the pace and, in some cases, the perceived direction of the community component of the ACAC”.

“In my response to Mr. Mark’s resignation, I stated my surprise that he would resign, given all the work and commitment that he had given to the TCDSB, over the years and recently, more specifically, to the ACAC. I was less surprised with Mr. Jeffers resignation, because he has voiced his intention to move on from the committee in the past few years, to other work that was more pressing. Both Mr. Mark and Mr. Jeffers have made valuable contributions to the work of ACAC and will be missed. Their input, from a historical perspective, was immeasurable and helped bring us to the space where, within the last year, the TCDSB has taken several steps toward the success of Black students, within the system.

“As this was a choice made by these two members of the committee, we must respect their decisions and their reasons, behind those decisions. We must, and we will, however, continue to work, diligently, towards the goal.”

Within the terms of reference, is a 5-year plan that sets a specific path for the board to follow, based on both the Ministry’s and the TCDSB’s areas of focus.

“Members of the community components are now sitting on committees and assisting in forming working groups that will address the changes that are critical in our move towards change, within the system. Student leaders are taking more responsible roles. The research department has begun to collect race-based data, etc.,” says Harrow.

She adds, following the terms of reference is a good start for the TCDSB to address anti-racism, especially anti-Black racism, in the school system that it governs.

“Since the approval of that document, the board has focused their efforts on addressing the changes that need to be made in many areas of service delivery, but the educational system, as many other systems in our country, need to be changed, from old systems of racism and oppression to a more equitable mode of operation. The community component of the ACAC will continue to provide critical support, as we are aware that oppressive systems, such as these, are not easily dismantled, overnight,” states Harrow.

Meanwhile, Chen and Latham say the TCDSB has undertaken numerous initiatives to combat racism, many of which specifically target anti-Black racism, anti-Indigeneity, and anti-Asian racism.

Since August 2020, the Equity Department has rolled out a number of initiatives, including dismantling anti-Black racism strategy/virtual focus groups, to learn more about the lived experiences of all Black stakeholders in the TCDSB. There is also the creation of the next equity action plan and an anti-racism conference for students will be held on May 11 and 12.

“The TCDSB EAP was modelled after the Ministry of Education’s 2017 Ontario Education Equity Action Plan (OEEAP) and was, in fact, inspired, and builds on, the EIES,” say Chen and Latham, in an email response, noting that Patrick Case, the assistant deputy minister of the Equity Secretariat, actually views the OEEAP as superseding the EIES.

“By adopting the new and improved TCDSB Equity Action Plan, the board is using the previous EIES as a roadmap to provide a framework and devise policies, programs, and practices to combat anti-BIPOC racism. In short, the TCDSB Equity Action Plan is a new, and improved, version of the EIES, as both strategies were envisioned to combat anti-BIPOC racism.”

They note that, in addition, the new terms of reference for the ACAC identify that the eight areas of focus, from the 2014 EIE Strategy, are important.

Currently, the members of the new Race Relations Committee is being selected, and Chen is anticipating that the report, recommending membership to the committee, will be included in the Student Achievement and Well-Being (SAWB) Committee meeting on May 6.

In the meantime, Caitlin Clark, spokesperson for Education Minister, Stephen Lecce, says the ministry expects that all boards will ensure that their schools promote safe and quality learning, without discrimination, for all students.

“We remain squarely focused on driving racism and hate out of our schools and our province — by ensuring real accountability for those, who perpetrate racism; mandating anti-racism training for trustees and senior board leadership; as well as ending the practice of de-streaming, which disproportionately affected racialized students,” she elaborated.

The ministry notes that the TCDSB is making progress in addressing anti-Black racism, anti-Indigenous and anti-Asian racism, adding that recently, the director of education, Dr. Brendan Browne, sent a very long list of initiatives that the board has undertaken, since the beginning of the school year.

The ministry stated that Browne has support for his efforts from other members of the board’s African Canadian Advisory Committee.

“What is clear is that, by his concrete actions, within his short tenure, Browne has significantly elevated the importance of addressing racism and discrimination throughout the board,” it said.