New in Pride
Home / Sports / Success Of West Indies Cricket Team’s Unification Model, Could Work For Other Sports In The Caribbean 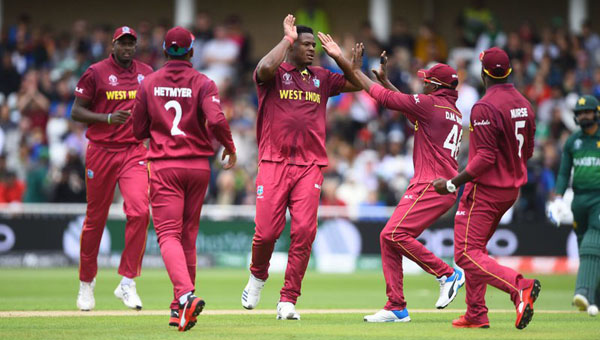 It has become rather perplexing that, in spite of the jelling of the West Indies cricket team, the nations of the Caribbean refuse to use this model for all sports.

This issue has been mooted, from time to time, in various Caribbean media, starting almost two decades ago, but has never been addressed by Caribbean governments, sporting bodies and CARICOM.

A West Indies soccer team stands a chance of competing internationally, and possibly winning medals, in a way that none of the territorial teams do. Ditto for any other team sports.

In athletics, a West Indies team could bring home significant amount of medals from various world games, the Olympics and so on, especially given that powerhouse Jamaica will be supplemented by the best of the Bahamas, Trinidad and Tobago and the other nations.

There are also other reasons for West Indian participation, as a single entity, in the international sports arena. For one, it’s much more cost effective since, instead of large numbers of officials that accompany the various teams, there would be only one set of officials, at any given time, and trips for superfluous personnel would have been eliminated.

As well, we have seen how cricket brings us together, even as we debate, argue and ‘diss’ at the national level, in seeking to claim the superiority of our countries’ teams. This level of coming together, on the one hand, and bantering on the other, across the Caribbean, will become multiplied with each new West Indian birthed — and this can only be healthy for Caribbeanness.

Additionally, besides expanding the glue that keeps us together, other West Indian teams can also ensure that cream rises to the top and become internationally sought-after, while those, just below, strive to get to the top, á la in cricket.

“As West Indians draw closer together, we cannot afford to neglect the tremendous emotional charge that can be derived from grassroots identification with sporting teams embracing all of us, as one.”

“I think it was a tragedy that the West Indian Tennis Association meekly accepted a sudden ruling, by the International Lawn Tennis Federation, in 1983, that the West Indies, not constituting a country by their rules, could no longer play in the Davis Cup as a united team. Since 1983, there have been a number of years when a West Indian team, drawing on the tennis talents of all the region’s countries, would have done, extremely well, in the Davis Cup.”

And like cricket, other sports can bring international tournaments to the Caribbean, and overall economic benefits, including boosting tourism and putting the Caribbean on the global stage, as cricket is doing. Consequently, there would also be more money to develop sports, including building needed infrastructure and maximizing use of currently available ones.

I quote Mr. MacDonald again: “I cannot understand why, more thought has not been given to organizing sports, other than cricket, on a pan-West Indian basis. Nor can I understand why, there has not been more debate on this issue in the Caribbean media. A West Indian presence, as one nation, in the Olympics, the Commonwealth Games, the Pan-American Games, the Davis Cup (again), the World Cups in soccer and rugby, and other world and regional events, is infinitely worth pursuing.

“As West Indians draw closer together, we cannot afford to neglect the tremendous emotional charge that can be derived from grassroots identification with sporting teams embracing all of us, as one.”

And while some international sports bodies, as pointed out above, will claim that the West Indies cannot participate as one team, since it’s a conglomeration of nations, unified West Indian sports teams can fight this and, more likely than not, win out, especially given that CARICOM does reflect a ‘one team’ concept, in many ways.