New in Pride
Home / National News / Census 2021: Canadians Are Talking About Race; But The Census Hasn’t Caught Up 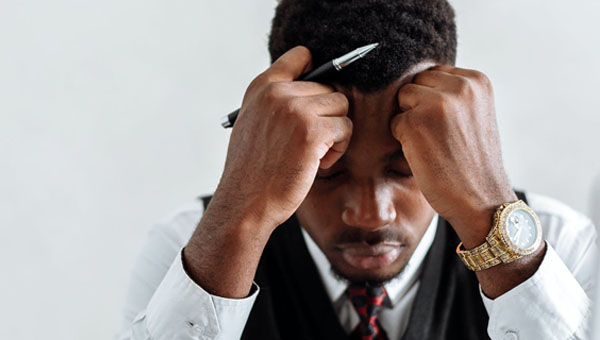 This month, people across Canada will be asked to fill out the 2021 census. Photo credit: Thirdman/Pexels.

This May, Canadians will again be asked if they identify as a member of a set list of minority groups when filling out the long-form census. That data is used to measure the portion of Canada’s population that are designated as visible minorities, a concept and term increasingly out of step with the times.

The pandemic has laid bare racial inequalities, and racial justice activist groups, like Black Lives Matter, have put anti-Black racism high on the public agenda. Systemic racism, rather than visible minority status, is at the centre of debate. While Canadians are now talking more explicitly about race, the census has yet to catch up.

“We’re going to have to ask ourselves, what do we want to do with that category now?” says Michael Haan, a demographer and member of a committee that advises Statistics Canada on ethnocultural diversity. According to him, the committee has had many internal debates about terminology.

Indirectly asking questions
Canada’s anti-racism strategy, which draws on decades’ worth of research, states that race is a social construct. There is no basis for classifying people according to race, but racial bias and discrimination have very real effects.

The question is: How do we get relevant data from the census and other surveys on the impact of systemic racism?

Statistics Canada tries to gather this information without directly asking about race. Race-based data is needed, says Jean-Pierre Corbeil, a diversity specialist at Statistics Canada. But he wonders whether that actually requires referring to race on the census.

Historically, the government has been reluctant to ask directly about race, which has led to a lack of disaggregated data. After the Second World War, the census used indirect methods of estimating the non-white, non-Indigenous population through racial proxies like language or ethnocultural origin.

That changed in 1996, says political scientist Debra Thompson, when Statistics Canada began asking Canadians whether they identified as a visible minority. The term, Thompson notes, makes it seem “that things are not about race when of course they absolutely are.”

Identifying as a visible minority
The question on visible minorities was added to the census because of the Employment Equity Act. In order to measure how the white versus the non-white population fares in the labour market as required by this law, the government needed to know who is a visible minority.

For the purposes of the Employment Equity Act, says Haan, the question works. But he acknowledges the drawbacks: “Is it a perfect facsimile of race or racialization? No, it’s not.”

Many criticized, and still criticize the government’s approach. The United Nations has repeatedly pointed out that the term “visible minority” lumps together diverse communities and threatens to erase differences among them. Corbeil says Statistics Canada is well aware of the criticism.

Not easily done
However, changing the terminology is politically sensitive. Moving away from it would likely require changing the Employment Equity Act, says Fo Niemi, head of Montreal-based Center for Research-Action on Race Relations.

Instead, Statistics Canada is trying to respond to the demand for more race-disaggregated data through special crowdsourced surveys and increasing sample sizes of marginalized people to allow for enhanced analysis.

For example, with support from the federal Anti-Racism Secretariat, it has produced a socio-economic analysis on the Black population.

During the pandemic, census data has also been combined with other statistics to show that mortality rates are higher in neighbourhoods where visible minorities live.

“What people want is really to have information on Black Canadians, to have information on South Asians or Latin American Canadians,” says Corbeil. But those categories are controversial too. White, South Asian, Chinese, Black, Filipino, Latin American, Arab, Southeast Asian, West Asian, Korean or Japanese are options non-Indigenous Canadians can choose from on the census. “Other” is also an option, but many feel unrepresented by the list.

While Canadians are now talking more explicitly about race, the census has yet to catch up. Photo credit: Christopher Burns/Unsplash.

Expand or shorten the list?
The population groups, as Statistics Canada calls them, have remained largely unchanged since 1996. The agency uses the list, which was developed through an inter-departmental process in the 1980s — according to Thompson, how the groups were chosen is “a bit of a mystery.”

They are now part of Canada’s national statistical standards and are widely used by the federal government, including in the monthly labour force survey, which began recording visible minority status as of July 2020.

Statistics Canada has considered changing the list. One alternative was to expand it, but that risked making the answers too similar to the separate ethnocultural origin question. Another was to shorten the list and provide broader categories. Statistics Canada even tested this approach in a 2019 trial run of the census. Respondents had to choose their “descent” from seven options: North American; Latin American; European; North African; African, Afro-Caribbean or African-Canadian; Middle Eastern or West Asian; and Other Asian.

But according to Corbeil, the problem there was that Statistics Canada couldn’t identify who was Black because Black Canadians are highly diverse and come from all over the world. That’s important, because the agency’s consultations indicate that “many people want to identify as Black Canadians,” says Corbeil. Because the test was inconclusive, the options have not been changed for the 2021 census.

Changing the census isn’t so simple
Dr. Andrew Pinto, a public health and preventive medicine specialist and family physician, is a researcher with The Upstream Lab, which has studied the collection of racial data by health-care providers, says that if patients understand that disclosing their race will be used to address systemic racism, they are willing to provide the information.

For now, Statistics Canada is reluctant to refer directly to race anywhere on the census. The agency is cautious and for good reasons, says Haan. In order to compare data over time, the questions and the answers need to stay the same. “The census is the gold standard,” he says, “so any modification is carefully considered.”

Thompson also cautions that simply having the data won’t solve the problem of systemic racism.

“Yes, we need disaggregated racial data. [But] we also need governments that are brave enough to create targeted policies.”

Bryony Lau is a Dalla Lana Fellow at the University of Toronto.

This is a corrected version of a story originally published on May 3, 2021. The earlier story said Canadians will be asked if they identify as a visible minority. The long-form census doesn’t use the term “visible minority,” but Statistics Canada still uses the term in its analysis of census data in accordance with the Employment Equity Act.