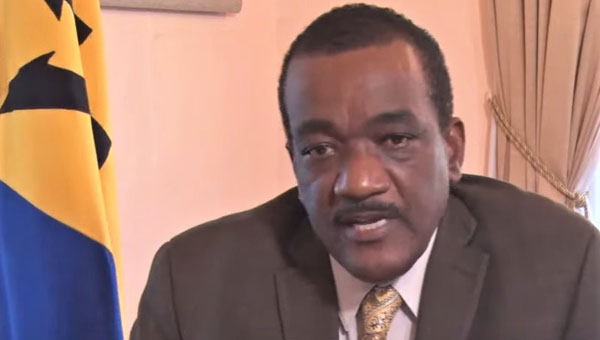 No Problem With COVID-19 At Two Schools In Barbados, Claims Health Minister

BRIDGETOWN, Barbados (Friday, May 7, 2021) — Although a student has tested positive for COVID-19 at the Princess Margaret Secondary School, and another student at the St. George Primary School has been placed in quarantine, awaiting a second COVID-19 result, Health Minister, Lieutenant Colonel Jeffrey Bostic, has stressed that there is no problem, at either school.

Addressing a press conference, last evening, the Minister said: “At this point in time, we do not have a problem at the two schools, even though we have concerns, one positive case, and the fact that this is really a family cluster that we are dealing with, which has spread its wings into these two schools.”

He noted, it was similar to the situation, several months ago, at The Ellerslie School, where there was a family cluster; stressing that his Ministry had taken all the public health measures that it could, at this time, and was applying experiences, from that school, to the present situation.

Assuring the media that his Ministry was confident it would be able to deal, effectively, with the situation at the two schools, Minister Bostic said the process of contact tracing had begun, in relation to the positive case, with a number of persons being tested.

He added: “We also did the same at the primary school at St. George — in terms of, at least getting ourselves ready for contact tracing, if that situation develops — but remember that the student there, tested negative on first test and is awaiting the second test in a few days. That student is in quarantine.

“We are satisfied that the Ministry of Education has taken the right decisions, in relation to suspending the two classes at Princess Margaret that would have been impacted by the positive cases, suspending face-to-face classes, that is, going back to online classes for the time being, and we will be watching the situation, very closely, to see if we pick up any additional cases at the school, after doing and completing the second test.”

Divulging that three teachers at Princess Margaret should have been tested, by the time the press conference was on, the Health Minister said these were teachers, whom the Ministry felt were exposed, given their proximity to students and to the positive case.

However, he gave the assurance that the Ministry was satisfied that, as long as the protocols, being upheld in the schools were adhered to, persons would be okay.

Bostic also pointed out that the Ministry had decided to make testing available, on Saturday, for any member of this secondary school, who may feel uneasy and want to be tested; and added that this was out of an abundance of caution, as is normally done.

Reiterating that the single case at Princess Margaret Secondary School did not indicate an outbreak of COVID-19 there, he said the Health Ministry would follow the science and undertake the necessary testing and, by the time this was finished, they would know, exactly, what was going on.

Contact tracing of this family cluster is also expected to continue, as well as within the communities, where these members and families reside.

Stating that this was par for the course, Bostic explained: “We have been dealing with it, all along; COVID is here. We have to deal with it; we have to live with it; it is not a situation that is going to make us reverse any of the decisions that would have been made, in relation to the easing of restrictions, because we are comfortable that this is not going to be one of those cases, at this point in time.