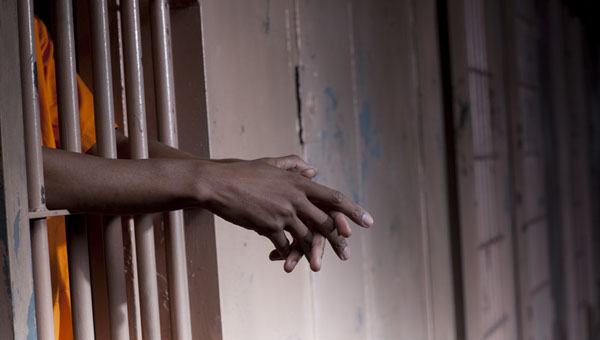 The revelation, last week, by the Innocence Project and American Civil Liberties Union that DNA and fingerprint evidence did not match Ledell Lee, a Black man executed in 2017 for the murder of a White woman, is part of a larger issue that we rarely discuss.

Too many Black men face false accusations, without true redemption or justice. With all the protests for police and judicial reform, the rising issue of false accusations is buried in our conversations and focus, on addressing blue bravado and the immunities afforded to prosecutors, judges, and clerks of the court.

We must provide protection, under the law, for a group of victims that are truly voiceless, the falsely accused.

Black men represent less than seven percent of the U.S. population, but account for forty-seven percent of those proven wrongfully accused or convicted. Some studies suggest that over 15 percent of convictions are wrongful, but this percentage is higher for Black men, with little consequences within our criminal and judicial systems.

In most cases of wrongful accusations against Black men, the police, prosecutors, judges, lawyers, or false accusers involved, are rarely punished, due to immunities or misguided advocacy. The examples are egregious and should create more anger and movement.

What makes so many cases appalling are the examples of misconduct, ignorance or hiding of evidence, and the lack of respect for the lives of the falsely accused. In the Ledell Lee case, Governor, Asa Hutchinson, of Arkansas dismisses DNA and fingerprint evidence and the malpractice of Lee’s defense attorney. He orders the execution and murder to move forward, as if to save face for the state.

“Black men are disproportionately the victims of thousands of false accusation cases. Their voices are like screaming without vocal cords, within systems, designed to protect themselves.”

In another case, Ronnie Long of North Carolina served 44 years in prison. Newly-obtained evidence led to his exoneration, revealing police and prosecutorial misconduct. The police and prosecution failed to disclose fingerprints, hair, and semen samples to the defense, which did not match Long.

Like the well-documented ‘Exonerated Five’ in the Central Park jogger case, none of the false accusers, or ill-acting members of the criminal and judicial systems, were criminally charged, in either case. There is a save the system mentality that supersedes the innocent lives, left to deal with the fallout.

As a witness to the misconduct of criminal and judicial systems toward the falsely accused, I have a greater understanding of how these systems shield themselves, at times, through incestuous and political relationships. Even lawyers are sometimes silent in false accusation cases, for fear of losing favor with judges and prosecutors.

I watched one falsely accused Black man face biased systems in Charlotte, North Carolina, after a false accuser made wrongful allegations of assault, during a preliminary hearing, using a two-minute spliced tape and organizational relationships in the judicial system.

After the judge and prosecution received a fuller version of the audio (30-minutes), it revealed the accuser was the attacker and lied about several facets of the event. A second judge exonerated the wrongfully accused man.

Still, nothing ever happened to the false accuser, the judge who failed to act, lawyers with misconduct, or the prosecution, who knew the false accuser committed several counts of perjury. When this was made evident by advocates, many lawyers went silent for fear of judicial and political retribution.

Black men are disproportionately the victims of thousands of false accusation cases. Their voices are like screaming without vocal cords, within systems, designed to protect themselves. We must believe Black men too.

Dr. Patrick Graham is a public and social sector leader, with over 20 years of executive-level and equity policy experience. He currently serves as a Senior Policy Advisor for the City of Richmond and Executive Advisor for ReWork Richmond. Dr. Graham has led and served on several advocacy boards and committees such as the National Fuels Fund Network, National Urban League Workforce and Education Committees, North Carolinas Social Services Board, U.S. Census Complete Count Committee, Chair of Advocacy Committee for North Carolina Workforce Boards, and several other appointments.