New in Pride
Home / Commentary / Mental Health And The Church: It Cannot Be Prayed Away 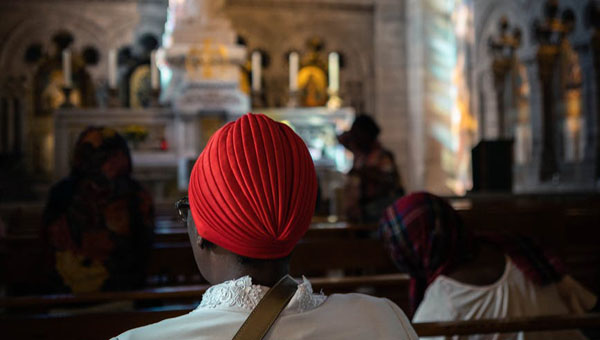 The church has a cliché for manic episodes, which bipolar individuals experience: “that is nothing but the devil”. Photo credit: Lukas Hartman/Pexels.

The week of May 3- May 9, 2021 was celebrated as Mental Health Awareness Week. While it is important to be aware of something that literally affects anyone, and that about a quarter of the population regularly struggle with, nevertheless, the term is somewhat misleading, and seemingly not specific enough.

The truth be told, it is not exactly mental health that people need to be aware of, so much as the reality that mental health can, and regularly does, go wrong. Additionally, when the mental health of an individual does teeter or fail, they should receive the same concern and assistance that someone, with a more obvious physical ailment, should get — not disregard and disdain, as is often the case.

With all that being said, there exists a strange relationship, between, Blacks, mental health and the church. The church has taught the community to dismiss symptoms of mental illness, and focus instead on spiritual wellness. Historically, mental health issues were deemed “a vice of the devil”, and the solution was prayer and stronger faith.

Unfortunately, remnants of this rhetoric are still echoed, throughout churches, today.

For generations, Black people have leaned on scripture and faith-based practices and rituals to give them hope and peace of mind.

Bipolar illness, narcissist personality disorder and histrionic disorder are functional mental illnesses and disorders. Most people, who have these illnesses or disorders, are highly functioning individuals.

In church, symptoms of bipolar illness are considered demonic. Bipolar individuals experience manic episodes. The church has a cliché for manic episode, “that is nothing but the devil”. Personality disorders are represented in interpersonal relationships in the church.

To move the needle on mental health awareness in the Black community, pastors and church leaders must be educated about mental health, and realise, it is likely that a few individuals in their congregation may be experiencing mental health challenges and not demonic possession, or a lack of faith, as is believed.

Additionally, people are condemned for feeling mentally ill; when someone hints, or mentions that they are worried in church, the first thing they are told is that worrying is a sin. In order to avoid sin, the feelings of worry must be dismissed.

Depression is another mental illness that church members are taught to dismiss. Feeling sad and hopeless can be a phase. Besides, when the body physically feels too heavy, because of physical distress from depression, then it is beyond a spiritual issue.

Blaming the devil and not seeking help is increasing crime rates, domestic violence, innocent victim crimes and interpersonal violent-related deaths. Replacing mental health for spirituality in the church has caused many preventable problems in the Black community.

The belief that mental illness can be prayed away is detrimental, and it also hurts the many church believers, who do, in fact, experience mental illness, particularly those who are unable to reconcile their beliefs in a God, who has the capacity to heal all things, without the reality of serious mental health diagnoses.

Blessed are they, who will have heard and know the limits of the Lord.