New in Pride
Home / Commentary / Is It Because I Am Black? The Way Forward 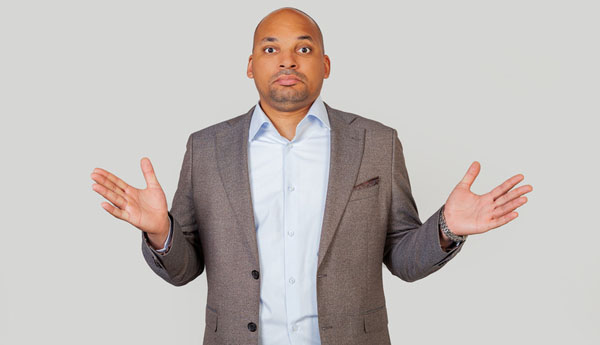 "All over the world, Black men, women and children are negatively stereotyped in the critical service agencies of any society, i.e. the educational and health systems." Is it because they are Black? Photo credit: (c) Can Stock Photo / ViShark

Many people of colour (POC) have, at one time or another, thought, or said out loud, “Is it because I am Black?” When I was growing up, I never asked myself that question. I grew up in a majority Black society, in a middle class Black family, rooted in Black history, Black achievement and Black philosophy.

Now, I live in Canada and, today, I hear that question asked, in so many ways, by different people. How did we get here?

With all that is happening around us, it seems as if anywhere we look, the question haunts us. Many of us ‘sit down and wonder’ what, why, how is this still a reality? Coming to Canada to work, many years ago, I told myself it will be different. But looking around, it still haunts us.

Lindsay Peoples Wagner — Editor-in-Chief of Vox Media’s The Cut, and former Editor-in-Chief of Teen Vogue — asks in her article in The Cut: “How far have we really come in fashion if, a Black woman I’ve never met, is advising me to dim my blackness so that I can continue to have a seat at the table?”

Alannah George and Anala Beevers, both 4 yrs old with IQ’s of 140 and 145, respectively; and Ramarni Wilfred, 16 yrs old, IQ score of 162, higher than Albert Einstein’s and Stephen Hawking’s — “Is it because they are Black, why the world knows nothing about this?”

And at home, in Canada, we see BIPOC (Black, Indigenous and People of Colour) solidarity being the rationale behind mass rallies and demonstrations in Guelph.

As a world traveler, I have taken part in demonstrations, and organized rallies, in support of anti-racism and ancestral knowledge building.

From being terrorized by the police, to teaching police about their Black heritage, is my life. So, as we ask the question, “is it because I am Black”, I have come to the reality that blackness works in two ways.

Firstly, it can be the cause of physical or cognitive exclusion, which one experiences, e.g. “They are Black no one needs to know”, as we see from the examples above.

Secondly, it can be an agent that propels you to go, where others fear to tread. You are either idolized after death or treated as a token.

The second way is unfortunate, but it is because of this, that many have been able to enter fields, such as fashion, sports, technology and politics. The first way however, is the continued practice of othering, and the exclusion is always tainted with conflicting messages of who is to blame…the Black person.

There are three facts that we live with:
1. How the world treats people is different, based on race, ethnicity and economic status.

2. Other people’s feelings of hate or superiority are fueled by who they are with, at the moment, as well as how important it is to show those feelings out in the open.

3. Racism and the execution of racist acts are informed by educational experience and experiences from childhood.

And how does this play out?

Take a look at Maya Wiley’s recent interview on how she would run New York …talking about upbringing and racism: “It’s that humanity suffers and it suffers from deep illness. Racism is a deep illness and some folks are sick and don’t know it.”

What I do know is, there are children and young adults really suffering out there. Their days and nights are a hell, where every encounter or experience in life is colored by the color of the skin of the people, who are part of that encounter.

If the children look mixed, then it’s not too bad…they are so pretty with good hair and brown skin.

It seems like the tentacles of white supremacy are systematically tightening their hold on a section of humanity, i.e. BIPOC communities, with few repercussions in the larger society.

Positively:
In Canada, there is a movement toward supporting parents of Black children by “facilitating and advocating for system change to ensure Black children and youth can achieve their fullest potential and access to the legislation surrounding racism”. Over the past 3 years, or so, we have seen reports, in the media, of parents speaking out about unresolved instances of racism experienced by their children. Hence parentsofblackchildren.org  works with all the school systems, in Canada.

Or Negatively:
In The Guardian International edition, Jan. 2021, we read: “When I read that in the UK, black women are four times more likely to die in childbirth or pregnancy, I think it’s a disgrace. I’ve found myself wondering: was I treated differently, when I was pregnant, because I am Black?”

Where does this leave us?

Worldwide, when we go for treatment in any health institution, whether mental, emotional or physical, the encounter is one of systemic racism and hurtful negative stereotyping. In the case of Black kids, they are more likely to be misdiagnosed as being mentally ill or having a particular type of mental illness (see reports on autism diagnosis and treatment internationally).

According to the Health and Human Services Office of Minority Health, Black American youth, who are exposed to violence, are at a greater risk for PTSD by over 25 percent. While in Healthline.org, July 2019, we see that Black people are 20 percent more likely to experience mental health problems, compared to the rest of the population.

All of these examples, reinforce the fact that, all over the world, Black women, men and children are negatively stereotyped in the critical service agencies of any society, i.e. the educational and health systems.

It seems like the tentacles of white supremacy are systematically tightening their hold on a section of humanity, i.e. BIPOC communities, with few repercussions in the larger society.

The Way Forward
It is not a time for despair. Our Black philosophers give us three simple keys to unlocking this stranglehold of systemic racism: urgently make strategic changes to the early education system in all subjects and sources of education; specify color as an eligibility requirement in appropriate competitive arenas; and internationally publicize and reward disproportionally, achievements made in every corner and crevice of society.

The late Michael Jackson sang: “I’m asking him to change his ways”. This is our mantra.

For those, who have wedged themselves into positions of power, it is imperative to try to change systemic racism, from the inside; as those without power continue to fight to change, from the outside.

Dr. Eleanor Wint is a retired Professor of Social work, social activist, author of books for kids and parents and a proud grandmother. Her work has taken her across Canada, USA, Africa and the Caribbean. She loves to share her knowledge from working with families and communities, and uses her books and blogs to build self-confidence in children, parents and caregivers.