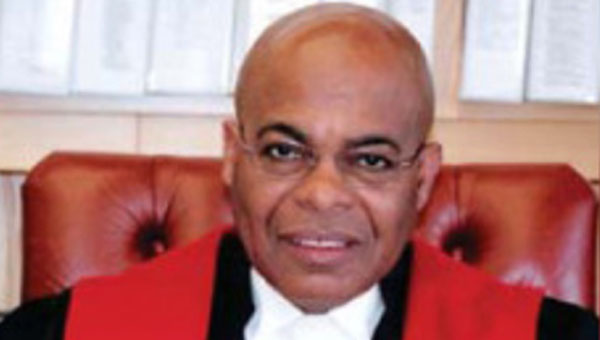 The following statement was issued by BADC, on Tuesday, May 18, 2021

TORONTO, Ontario — The Black Action Defense Committee Inc. (BADC) is alarmed and outraged at the cavalier behavior of Vancouver police in, allegedly, mistakenly, arresting Justice Selwyn Romilly, one of Canada’s finest jurists, while he was taking his usual morning walk, through Stanley Park, by the beaches of English Bay.

This is clearly a case of “Walking while Black.”

After practicing and distinguishing himself in the practice of law in the BC interior, in 1974, he was appointed to the bench. That made him the second Black Judge in Canada, second to Judge Maurice Charles, who was appointed to the Ontario Court of Justice in 1969, after a distinguished career as a senior judge in Guyana and was later appointed, by Her Majesty the Queen, to head the courts in Ghana West Africa.

Justice Romilly was the first Black Judge to be appointed to a high court in Canada. He distinguished himself as a jurist by maintaining a lifestyle that was above reproach and controversy, and by the plethora of BC Supreme Court decisions, for which he wrote the majority positions.

What makes this behavior, of the five Vancouver police officers involved, even more egregious is the fact that Justice Romilly is 81 years old, and the suspect that the police were looking for was estimated to be between 40 and 50 years old.

Obviously their racial stereotype, or animus, clouded their judgement.

It should be noted that Vancouver Police engaged in similar profiling activity with prominent Black journalist and anti-carding and anti- Black racism advocate, Desmond Cole, in November 2018, also, near Stanley Park.

The Black Action Defense Committee Inc. calls on the BC Ministry of Public Safety and the Solicitor General, to conduct an investigation of this matter, and to take corrective and pro-active measures to eliminate Anti-Black Racism, from police services, throughout the province, to prevent similar incidents in the future.

Most of these incidents impact ordinary citizens, or the least fortunate and more vulnerable; therefore, it this could happen to the most prominent Black citizen of the city and province, how widespread is this practice of arresting people, before determining their identity and without evidence?

This practice is a violation of the Canadian Charter of Rights and Fundamental Freedoms. All jurisdictions in Canada need to reign in these nefarious practices that indicate wanton disregard for people’s charter rights.

BADC also calls on Vancouver City Council and the Police Services Board to take meaningful disciplinary action, and direct action to eliminate anti-Black — and all vestiges of — racism from police services in Vancouver.