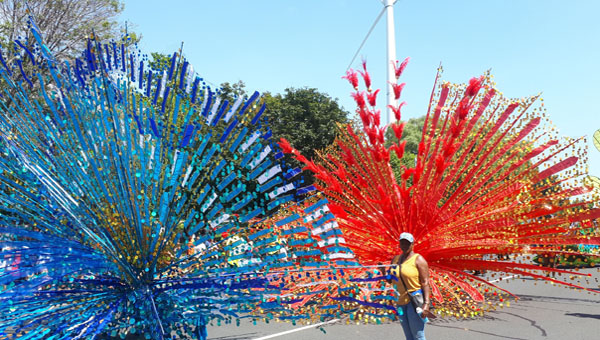 The community that has given us the Toronto Caribbean Carnival (TCC) for over five decades, has nothing to show for its efforts. The Caribana/TCC arts community is in disarray.

Despite the billions of dollars, which their creative output has contributed to the local economy, there is no Carnival Arts centre or community space for the festival’s stakeholder groups — masquerade producers, steelpan orchestras, music and dance/theatre groups, designers and artisans.

There are no educational or skills development programs being offered, no resource centre or institution, devoted to the documentation and preservation of the decades of work by this community of Canadian artists. There is no space for the storage and conservation of carnival costume creations and installations of merit.

This cultural ghetto is primarily the result of the process that immigrant communities undergo in Canada to preserve identity and, in the case of Caribana/TCC, a decision taken in the late 1990s, to transfer core funding of the festival from the Toronto Arts Council, where it was overseen by the Council’s Festival and Urban Arts Committee, to being directly funded by the City of Toronto.

Caribana/TCC had outgrown the Toronto Arts Council’s limited budget’s and was designated a Major Cultural Organization (MCO), funded by the City’s Economic and Community Development Committee.

This administrative move, to directly fund Caribana/TCC by a Council committee, instead of the City’s arms-length body (TAC) with an artistic development mandate, was supposed to make it easier for the City of Toronto to deal with the TCC’s spectacular growth, and for the festival’s management to access increased annual funding.

What it did was, sever the formal relationship between the festival’s creative community and the Toronto Arts Council. No longer would funding be overseen by a TAC jury, composed of professional artists and arts managers. City economists and bureaucrats would oversee the festival’s funding envelope, with a City councillor serving as liaison.

Subsequent years of infighting and jockeying for additional funding, among the festival’s artistic stakeholders, led to an internal collapse in the festival’s management, in 2005. The City intervened and the Festival Management Committee (FMC) was installed to stabilize the crisis situation. 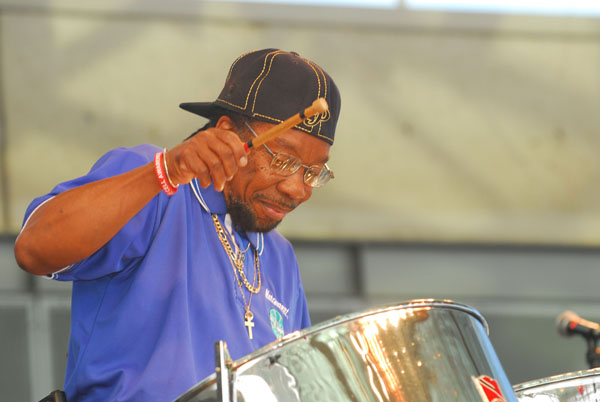 Under the new arrangement — which was supposed to be temporary, but became entrenched and remains today — the FMC adopted a governance model, referred to as the “shopping mall” model.

The “shopping mall” model sees management of the festival as a purely a transactional one: secure venues, licences, manpower, and provide the services and resources necessary — porta-potties, stage, sound, lighting, catering tables, chairs and golf carts — to run the festival program; solicit sponsors, vendors and media coverage, submit reports; and repeat the process each year. The FMC has done this incredibly complex operation for the past 15 years.

The festival’s artistic content is treated as window dressing to this logistical operation. FMC’s ‘shopping mall” model does view its role as an exponent of the arts and it assumes no curatorial responsibility for its program content.

The “shopping mall” model does not offer artistic leadership or chart strategic development in the Carnival arts, despite the festival being one of the largest arts and cultural entities in the country.

The consequence of this vacuum of artistic leadership is that, over the past 15 years, the quality of mas’ designs has declined; the number of mas’ bands in the Grand Parade is half what it once was; and the amount of ‘live’ music in the Grand Parade has plummeted.

The steelpan, the signature instrument of the TCC’s brand, struggles to maintain its profile in the festival. Its single large steelpan event is a “competition” among the same, roughly a dozen groups, year after year. Calypso artists, who have contributed a substantial body of original work, for decades, have virtually disappeared or gone into remission. The festival leadership have offered no plan to develop or invest in the art of calypso at a community level.

Music, presented by the festival, has always been recycled work from Trinidad and Tobago and neighbouring islands. Canadian artists, who compose and arrange calypso, soca, or related Caribbean dance music, receive token remuneration for their original work from this taxpayer-funded festival — likewise, for steelpan arrangers or innovators. 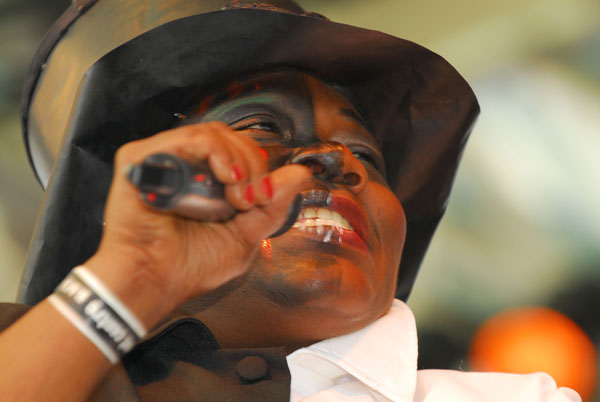 Mas’ designers and technicians, whose work attract the massive audiences to the festival, get a pittance. Most of the large costumes (“kings” and “queens”) featured in the festival are funded out of the pockets of the individuals, who pay to perform in the costume.

Canadian artists, who create the costumes, music, dance, and other types of entertainment in the festival, have no voice in the FMC’s “shopping mall” model. During my 12-year tenure on the FMC Board, I wrote and spoke out, at length, about the dysfunction and limitations of the festival’s governance model and the festival’s isolation, within the wider Canadian arts community.

The major obstacle to change is the Caribana/TCC arts community itself. The component organizations that “represent” the masquerade, steelpan, and calypso/soca sectors in the festival are, when they function at all, inefficient and immature arts service organizations.

These core festival stakeholders are dependent on funding they receive from the FMC, a body, whose governance model does not prioritise arts development. Cut off from the wider arts community, none are currently clients of the Toronto Arts Council, Ontario Arts Council, or Canada Council, and able to benefit from arts council’s funding and arts administration expertise.

The “mas’, steelpan and calypso” model, brought from the Caribbean, is different to Canada, where the arts are organized in disciplines – music, dance, theatre, visual/fine arts. The current segregation from the wider arts community is not healthy for either party.

Toronto Caribbean Festival Re-imaged
The emerging generation of the Caribbean Diaspora in Canada needs a positive message. They do not confront the same battles or challenges as their elders, who grew up in the West Indies/Caribbean.

They are Canadian-born and yearn to feel a sense of solidarity and pride with their Canadian brothers and sisters of Caribbean/West Indian descent.

If we empower them with a message of unity, they can achieve a “one Caribbean” here in Canada, in a way we failed to achieve in the past in the Caribbean, via Federation or Caricom.

The challenge is to define the festival, identify its core values, and build a better governance model.

Imagine a festival that celebrates Caribbean arts and culture in its full diversity – music, dance, theatre, fine arts and crafts, food and culinary arts, and more. A festival that pays tribute to its origin, and recognizes and appreciates its new home in Canada.

Imagine a festival that leaves behind the old hatreds and divisions of the Caribbean’s colonial past; a festival, whose core values champion artistic achievements of the Canadian exponents of the art of Carnival masquerade, Caribbean drumming music (e.g. steelpan), and Caribbean dance music, especially calypso and soca.

Imagine a festival, which strives to be a visionary leader in the Canadian Caribbean Carnival arts community, prioritizes innovation and education, and demands high curatorial and production standards.

Imagine a festival, whose governance and management’s core objective will be the development and progress of the Canadian Carnival arts, paired with good management of the festival’s business operations.

The FMC has managed the festival for the past 15 years. It has built up an elaborate ecosystem of arts producers, service providers, government and business networks, and administrative supports. These assets are critical to the financial and operational wellbeing of the festival. To toss this aside would be reckless and counterproductive.

Any effort to re-imagine the festival must involve the FMC, as a key player. It needs to retire its “shopping mall” model and evolve into a role that accepts full responsibility for leadership in the Canadian Carnival arts. That means a major rethinking of its mandate and adoption of a governance model that prioritize the arts.