New in Pride
Home / Arts & Entertainment / No Toronto Caribbean Festival Parade This Year, But The Show Goes On 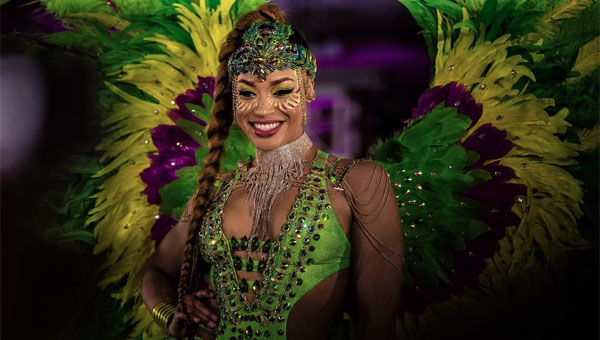 For the past eight years, the Festival has, each year, chosen a woman to be the brand ambassador for the annual Toronto Caribbean Carnival, although some years, previously, men have also been chosen to share Face of the Festival duties — but not this time.

Last week Tuesday, the Festival held a press conference online, to introduce both this year’s Face of the Festival and next year’s ambassador as well. Even though the Festival’s annual, summer long-weekend parade has been cancelled, for the second year in a row (because of the Covid shutdown), there are still several events planned for this summer, and the talents of the Faces of the Festival will be in demand.

“Our ambassadors will be assisting our marketing team in promoting the 2021 and 2022 Festival. The pair will work closely, with the Toronto Caribbean Carnival team, to remind the world what the festival is all about. You will see them online, in print and at our live events,” explained Andre Newell, the Festival’s Marketing Director.

“It isn’t just about the costumes. Lateisha and Celena will be talking to the community about how, and why, the festival is evolving. They will also be tackling challenging issues on women’s rights, body positivity, and discrimination.”

Williams plays mas’ with NBA great, Jaamal Magloire’s, The Revellers, and has been an in-demand model for the annual Mas’ Band costume launches in the city. She also maintains an active Instagram account with thousands of followers (#carnivalbae) and, when not involved with Carnival activities, is a social media expert with a downtown banking institution.

“Carnival is so near and dear to my heart. If you’ve ever seen me on (the) road, you understand,” posted Williams on Instagram. “I’m happy to represent you all and will do my best to make our next carnival the best one yet.” 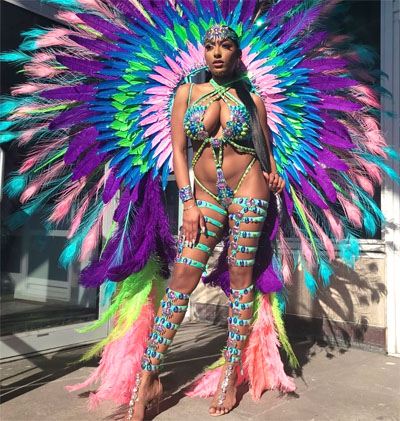 Seusahai is a former Queen of the Carnival, here in Toronto, and in Grand Cayman Island at the annual Batabano Carnival.  A sought-after costume designer and gifted mas’ model, she is also the Chief Executive Officer (CEO) of the Tribal Carnival mas’ band.

She plays mas’ throughout the Caribbean, in the USA and Canada, and has an international fan base, through her Instagram site (#ceeforcarnival). As the 2022 Face of the Festival, she will be instrumental in promoting the re-launch of the annual parade on the streets of Toronto, next summer!

The Face of the Festivals announcement was sponsored by Carib Beer, and was made during the Festival’s official kick off of the 2021 festival season. The virtual launch included a media press conference, followed by an Instagram Live Carnival update, hosted by former CP24 news reporter, Brandon Gonez.

The online presser was watched by over 16,000 people live (and even more in Instagram reruns).