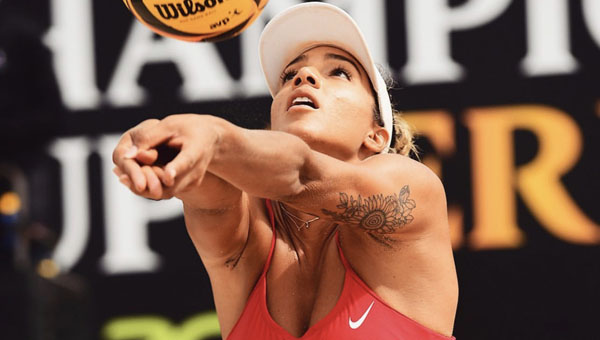 TORONTO, Ontario — With the one-month countdown to the start of the Tokyo Summer Olympic Games now officially underway, 28-year-old, 5′-10″ Brandie Wilkerson — the first Black woman on the Canadian beach volleyball team that is set to shine at the upcoming Games — joined the roster at EQ Talent, a sales and marketing strategy firm, last week. 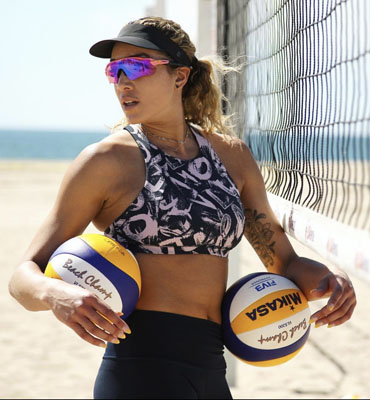 “Brandie Wilkerson is an absolute force of nature, both on and off the volleyball court,” says Dakota Rae, CEO and Founder of EQ Talent. “Her dedication to her sport is rivalled, perhaps only by her passion for racial injustice.

“With her upcoming debut on the Olympic stage, Canadians are going to be introduced to, and become enamored with, this incredible athlete, advocate, and all-around amazing person. I’m thrilled to welcome Brandie to the EQ Talent team and help connect her with like-minded brands.”

Wilkerson’s father, Herb Johnson Wilkerson, played varsity basketball at the University of Tulsa, was an NBA draft pick of the Cleveland Cavaliers and played professional basketball in Switzerland; and her Mother, Stephanie, was a Switzerland national runner and a two-time Ironman finalist.

The upcoming Olympic games mark a full-circle moment for Wilkerson, who was born in Switzerland and moved to Canada when she was seven, only started playing beach volleyball in 2013, having had a later start in the sport than most. But, her successful indoor volleyball career, as a four-time All-Star opposite hitter, at York University in Toronto, helped her quickly adjust to the game.

Wilkerson’s rapid ascent in the professional beach volleyball community, culminated in a #1 world ranking in 2018, along with her partner, Heather Bansley. The duo now has Olympic Gold squarely in their sights, following the postponement of the Summer Games, by one year, due to the COVID-19 pandemic, and, with her birthday falling on Canada Day (July 1), it is only fitting that Wilkerson proudly wear the maple leaf on the world’s biggest sporting stage.

Wilkerson, sporting passion, professionalism and perseverance — at the unique intersection of athleticism and activism — is a marketing dream come true.