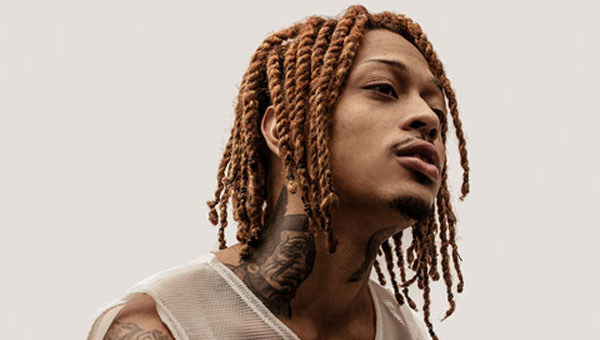 The angsty and lilting love song was inspired by alt-rock legends, the Pixies’ “Where Is My Mind?” He told producer, Nellz, that he always wanted to sample the 80’s song (which is in the final scene of 1999’s Fight Club), then he spit the lyrics over the final track.

The song was completed in just 45 minutes, but that’s just the kind of prolific rap skills Nue possesses. “It was the fastest song I’ve ever done,” says the Scarborough-bred rapper of Jamaican descent, who loves anime, weed and tequila.

“It’s crazy, because when I went to the studio, we were stumped for ideas. The producer asked me if there was anything specific that I wanted, and I always had this one song in my head that I wanted to sample, then we sampled it, and it wasn’t looping right, so we had to replay it, and it was perfect. I free-styled pretty much the whole song.” 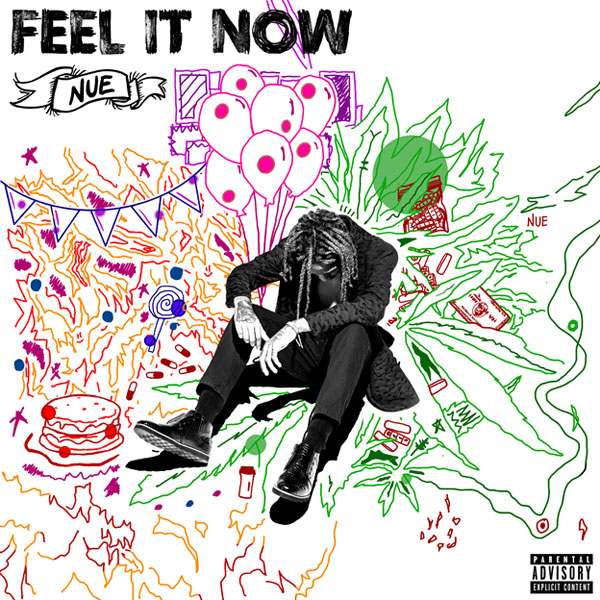 For those somewhat familiar with the current world-beating, dark, emotional “Toronto sound”, Nue is not new to this. In fact, his highly-touted, genre-bending approach to hip-hop and alternative R&B was first heard in 2017, with his critically-acclaimed mixtape, Iroquois; and then again with his 2018 project, u met me at a strange time.

This led to: a tour with Fetty Wap; a remix collaboration with Pressa; landing placements on the Call of Duty video game series; ghostwriting for major artists; and even setting precedents, once becoming the first and only Canadian artist to sign with 300 Entertainment (Migos, Young Thug).

And with most every Nue release, the accolades poured in. After comfortably landing on XXL’s “15 New Artists You Should Know”; Complex/Pigeon and Planes’ “13 Rising Artists You Should Know”; CBC’s “Meet the New Faces of Canadian hip hop” lists; and with Paper Mag dubbing him “the Toronto rapper to keep your radar on”, it became quite obvious that he was bringing a considerably Nue energy to the hip hop game.

Fast forward to today, and you can hear Nue’s sky-high musical integrity shine, bright like a diamond, on “Feel it Now”, with its catchy hook, potent lyrics, and thick melodies, mixed in with guitars and gauzy trap beats.

Nue is that Toronto rapper, who brings the perfect blend of underground sensibilities — with global accessibility.