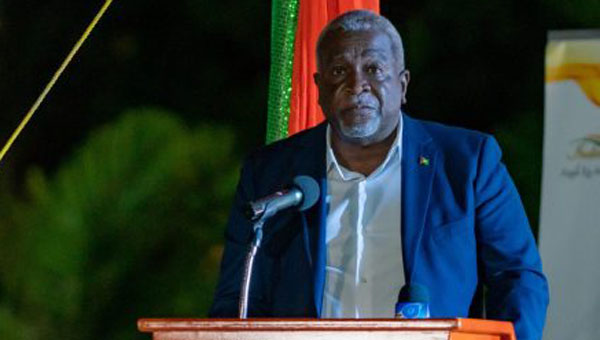 GEORGETOWN, Guyana (Tuesday, August 17, 2021) — Prime Minister, Brigadier (ret’d) Mark Phillips, asserted that he is proud of the significant contribution Indian culture has made in the lives of all Guyanese.

The Prime Minister joined High Commissioner of India to Guyana, Dr. K. J. Srinivasa, and other dignitaries to celebrate the 75th Independence anniversary of India, the world’s largest democracy, on Sunday, at the Swami Vivekananda Cultural Centre in Georgetown.

“Guyana is a country that prides itself in the unity of its people, and the celebration of India’s culture transcends beyond race, through our daily practices in the food we eat, the music we listen to, the holidays we observe and even the way we dress,” mused Phillips.

“As one of the fastest growing economies in the world, and with its vast potential in manufacturing and innovation, seven years later, India stands as a shining example of the power that freedom, ideas, achievements, actions and resolve can have on a nation. So, I commend the government of India for taking this holistic approach on its independence observations, as it serves as a reminder to its own people and the people and the world, of the importance of strong cultural heritage and resilience.” 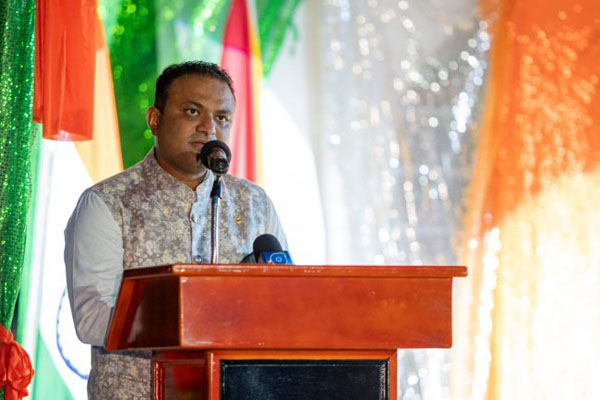 Prime Minister Phillips said Guyana is fortunate to celebrate without fear of discrimination or obstruction, with India, as it observes this occasion around the world.

He reflected on Guyana’s 55-year relationship with the Republic of India, with established partnerships in the areas, such as economic cooperation, cultural exchange, infrastructural development, education and health.

“These and other shows of good relations with India, serve as testimony to Guyana’s commitment to a continued, strong friendship, built on mutual respect, benefits and understanding with India.”

Meanwhile, India’s High Commissioner to Guyana, Dr. Srinivasa said India and Guyana have shared a lot, and that in the coming years, the two countries will be partners in progress.

“I believe that the time for Guyana has come, and I want to re-emphasise that Guyana should count India as one of its stable friends, who has been there, throughout, with Guyana, and we will be there.

“We will be very happy to share our expertise, to upgrade skills, to extend capacity and, at the same time, to see that Guyana gets the best of what it deserves,” he said.