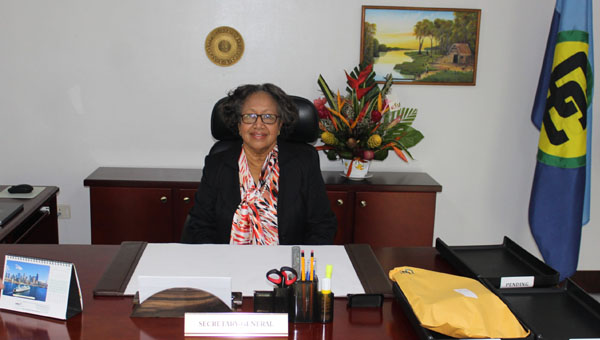 GEORGETOWN, Guyana (Thursday, September 2, 2021) — The Caribbean Community (CARICOM) congratulated the government and people of Trinidad and Tobago on the country’s fifty-ninth anniversary of Independence, which it celebrated on Tuesday, August 31.

“Over the fifty-nine years of nationhood, Trinidad and Tobago has achieved a considerable level of socio-economic advancement, including the many achievements of its creative people, who continue to excel at home and abroad in many fields, including academia, the arts, diplomacy and sport,” noted the Secretary-General.

“The Caribbean Community has benefitted, tremendously, from the commitment of the government and people of Trinidad and Tobago to regional integration, and your country continues to play a lead role in advancing the integration process,” Dr. Barnett added.

“Prime Minister, in congratulating the government and people of Trinidad and Tobago, I reaffirm my commitment, and that of the staff of the CARICOM Secretariat, to work with you and your government, to realise your country’s aspirations.”