New in Pride
Home / Commentary / Vaccine Passports, The Nuremberg Trial, Declaration Of Helsinki And What’s To Be 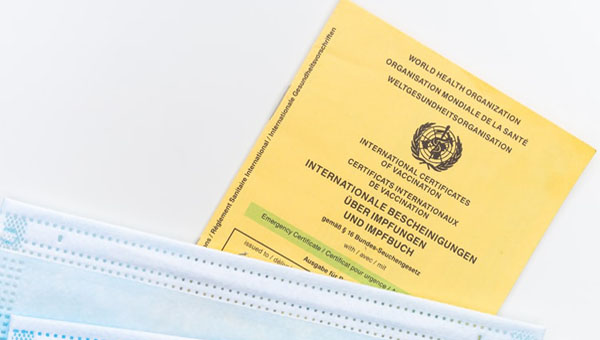 While we are all deliberating, integrating, contemplating, even procrastinating, following the government’s announcement of its intention to institute vaccination passports, here are a few areas that begs immediate, and thorough, consideration. Firstly, given the current situation, an election, and new virus detection, to start focusing on the insistence and ultimate existence of vaccine passports is a distraction that risks dividing people at a moment when national unity is crucial.

Additionally,  political grandstanding about vaccine passports serves no one.

The rigid requirements, underlying the vaccinations and the vaccination passports, represent a breach of individual bodily autonomy. In my opinion, with tongue totally in cheek, for the government to mandate an injection of anything or any sort (furthermore something produced by a multinational corporation clearly profiting from the transaction) is simply unconscionable, amoral and unethical, to say the least.

Not only are we  moving towards a vaccine-stratified society, but we will also have to work, on an ongoing basis, to prevent and decrease the injustices and inequities that can arise from such a scenario.

Individuals have the right to do without vaccination, in the same manner as they have the right to pass up on operating a motor vehicle, if they do not want to obtain a driver’s license. However,  if they choose not to get vaccinated, they will face limitations on what they can do. More than likely, we are drifting into a world, where certain businesses may have signs that say: “No shot, no service!”

This is not the first time that controversy has arisen over “vaccine passports”. The first time vaccination certificates were required, health officials were fighting a plague pandemic.

In the 1890s, the government of British India enacted a series of measures, in an attempt to stop the spread of the plague, which included requiring travellers to prove they’d been vaccinated against the bacterial disease.

Currently in use  is a version of a passport — the WHO-approved yellow card, in effect since 1969 as a document for travellers to certain countries to show proof of vaccination for yellow fever. www.cnn.com/travel/article/vaccine-passports-debate-plague-wellness-trnd/index.html.  No proof of vaccination, no granting of entry.

Yellow fever is the only disease, specified in the International Health Regulations, for which the World Health  Organization can recommend, based on outbreaks, that countries ask for other vaccines. For example, there is a current recommendation that Pakistan and Afghanistan ask travelers to be vaccinated, with a single adult dose of polio vaccine, if they have not been vaccinated against polio, since childhood. ttps://www.npr.org/sections/goatsandsoda/2021/04/08/985032748/the-vaccine-passport-debate-actually-began-in-1897-

It is saddening, if not sickening, at the manner in which vaccination has been converted, from a public health tool to a political wedge.

Is there a better way? Surely, making vaccination compulsory is not the only way. Policymakers should carefully consider the effect that mandating vaccination could have on public confidence and public trust.

Against this historical background, it appears as if the world, especially Canada and the United states, is reverting to a period, prior to the Nuremberg Tribunal and Code. The Nuremberg Trials were a series of 13 court hearings, conducted in Nuremberg, Germany, between 1945 and 1949, against Nazi Party officials and scientist on charges of crimes against humanity. www.history.com/topics/world-war-ii/nuremberg-trials.

German researchers and scientists conducted raw and fatal experiments on thousands of prisoners, without their permission. What was done then, is no different from what is being done now, with mandates for non-approved drugs, many employing new, unknown technology and cell therapy, in which the long-term effects will not be known or understood, for years to come. media.tghn.org/medialibrary/2011/04/BMJ_No_7070_Volume_313_The_Nuremberg_Code.pdf

From the results of the Nuremberg trial, came 10 standards, to which scientists, researchers and physicians must conform to, when conducting experiments on human subjects, and established a new standard of ethical medical behavior for medical human rights era, most preeminent is, the requirement of voluntary informed consent of the human subject, which serves to protect the right of the individual to control their own body. Humans decide, not the government.

Following development of the Nuremberg Code, additional regulation happened, with the Declaration of Helsinki, which established a set of ethical principles, regarding human experimentation, developed for the medical community by the World Medical Association.  www.cmaj.ca/content/173/9/1052

We have every right to wait for the long-term data, the Canadian database has documented.

As of May 21, 5,989 reports of adverse events following a COVID-19 vaccine, but strangely, of those, 1,126 were considered serious. www.ctvnews.ca/health/coronavirus/canada-launches-its-first-national-vaccine-injury-compensation-

Such information is public, but what is in each vaccine is not. Big Pharma — a term used for the world’s largest publicly-traded pharmaceutical companies — has declared that the vaccine composition is a trade secret, and, as a consequence, are not required to list it on the documentation.

We do know that Graphene Oxide, a toxin that produces thrombi (blood clot that forms in a vessel and remains there) in the organism and causes alteration of the immune system,  has been found in the Moderna vaccine.

Is there a better way?  Surely, making vaccination compulsory is not the only way. Policymakers should carefully consider the effect that mandating vaccination could have on public confidence and public trust.

The vaccines are just medical experimentation being administered worldwide, and mandated vaccination policies are sure to have a  devastating impact on certain communities.

However, blatantly left out of the spotlight, is the much-needed regard for individual human rights. 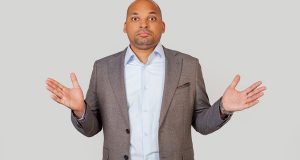