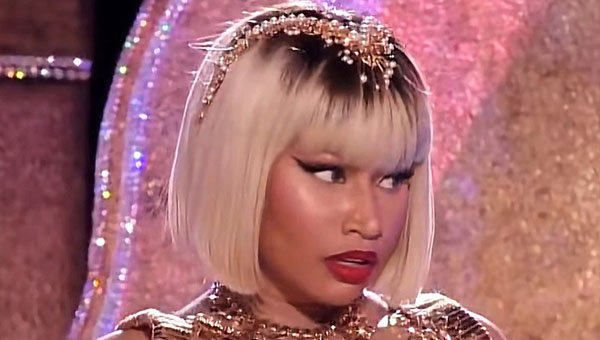 Rapper and pop singer Nicki Minaj made headlines after her Sept. 13 tweet about her as-of-yet unidentified cousin’s friend in Trinidad, who was dumped at the altar by his wife-to-be because “the vaccine” — presumably for COVID-19 — allegedly made his testicles swell. Trinidad and Tobago’s health minister said, two days later, the claim was debunked after being investigated.

MSNBC political commentator, Joy Reid, expressed concern for Minaj’s 22 million Twitter followers, arguing Minaj used her platform “to put people in the position of dying from a disease they don’t have to die from.”

Speaking directly to Minaj, Reid added: “As somebody who is your fan, I am so sad you did that.”

Minaj’s international anti-vaccine fiasco does more than reveal the troubling intersection of entertainment and politics. It reveals the life-and-death stakes at the heart of normalizing a culture of political tribalism.

Debunked claims
Minaj also tweeted on Sept. 13: “They want you to get vaccinated for the Met. (I)f I get vaccinated it won’t for the Met. It’ll be once I feel I’ve done enough research.” Vogue editor-in-chief Anna Wintour’s event, which Minaj did not attend, required vaccination.

But what began as a tweet soon dominated headlines as mainstream media pushed back against Minaj’s unverified storytelling. Minaj, (with her fans, “The Barbz”), pushed back.

While Minaj did tweet that she would eventually get the vaccine to go on tour, her recommendation that others get the vaccine in order to work because a “lot of countries won’t let [people] work w/o the vaccine” reflects the anti-vaxx criticisms against vaccine mandates created to save lives.

What the fiasco has made clear is the troubling intersection of entertainment and political tribalism, highlighting a culture where cults of personality reign and critical thinking is discouraged.

Sticky emotions in a neoliberal age 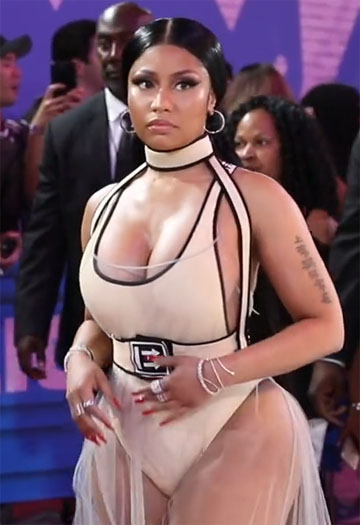 Unpacking political tribalism and its spillover into entertainment means understanding how communities have come to be shaped under pressures of uncertainty in a neoliberal era of globalization. British environmentalist and activist George Monbiot highlights how neoliberalism has contributed to a culture of competition by redefining “citizens as consumers whose democratic choices are best exercised by buying and selling.”

As argued by feminist author and scholar Sara Ahmed, emotions play a part in building community spaces and their boundaries. Ahmed asks: What happens when one doesn’t believe in the same set of emotional and cultural ideas that would make one a “legitimate citizen” of a given community?

For example, marginalized individuals are expected to carry the same beliefs and feelings as dominant society. As such, “happiness” and “belonging” act as forms of emotional coercion. To be happy is to follow the script. To follow the script is to belong. Those who can’t or won’t follow the script can be seen as strangers or even as threats to the community.

Trumpism has led to the consolidation of a tribe of politically and culturally affiliated people.

What we’ve seen until recently among Trump followers is people who almost unquestioningly worship their leader, believe his words no matter how untrue and view those who question him as the enemy.

When Trump himself sheepishly suggested at a recent Alabama rally that taking the vaccine wasn’t so bad, he was booed. What author Stephen Hassan called the cult of Trump has taken on such a life of its own that the man himself may be disposable should he shy away from the policies and ideas that solidified his community.

Echo chamber
From Fox News anchors like Tucker Carlson to Republican politicians like Florida Gov. Ron DeSantis, many who empathize with Trumpian politics have added to the anti-vaccination echo chamber.

To belong to the fold means to align with the fold. And the competitive neoliberal culture that has divided humans into winners and losers, outsiders and insiders underlies entertainment “fandoms” also.

As cultural studies researcher Sascha Buchanan writes: “Fans will defend their favourite entertainers adamantly, as well as against other readings, as a way to authenticate their status within the fan base and to mutually recognize each other’s shared passion.”

This means no form of criticism against “the fave” is permitted regardless of how logical that criticism may be. Just as Minaj fans can terrorize Toronto journalist Wanna Thompson for critiquing the singer’s music, many stand with her against those criticizing her anti-vaccination tweets regardless of the danger they pose.

Disrespect for Black women, self-policing
Now the very same right-wingers who would have looked down on a Black women in hip hop are dishonestly upholding Minaj as one of their fold.

And as Minaj is aligning herself with people like Carlson, who has demonstrated disrespect for Black women’s lives, she has also degraded Joy Reid when suggesting Reid is an Uncle Tom and using other racialized slurs — all because in a world where you must be either for or against, Reid stood against. Minaj’s weaponization of anti-Black racism against a fellow Black woman suggests the grim reality of her willingness to align herself with the same systems of oppression that would just as easily dispose of her should she fall “out of line.”

The “neoliberal turn” in fandom has seen the cultivation of a fan culture of policing one’s self and others. Fans ensure those in the fan community adhere to fan orthodoxies. That Minaj fan flags have been recently shown flying at anti-vaccination rallies seems to clarify how this debacle aligns with today’s political climate.

‘Hatred for outsiders’
The right-wing attack on COVID-19 vaccinations, which is costing lives, and the conservative distrust of facts is backed up by powerful economic actors and institutional forces.

These attempt to erase the importance of history, context and evidence — while manipulating their followers by using their hatred for outsiders.

Politics professor Lilliana Mason argues in Uncivil Agreement: How Politics Became Our Identity that it doesn’t take much to bring out a sense of group identity in the average person, nor does it take much to get them to hate those they consider outsiders.

Politics is emotional. But so is fandom. And emotions can be manipulated.

Sarah R. Olutola is an Assistant Professor in the Department of English, at Lakehead University.