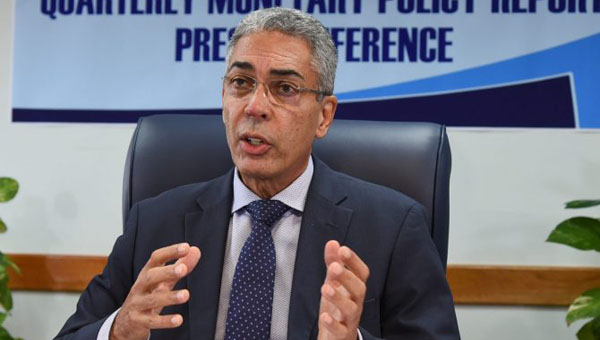 Bank of Jamaica (BOJ) Governor, Richard Byles, noted that the increased inflows of remittances has "been of tremendous help to the country". Photo credit: Rudranath Fraser.

KINGSTON, Jamaica (Tuesday, November 23, 2021) — Remittance inflows for the first 10 months of 2021 (to end of October), totalled approximately US$2.5 billion, as against US$2 billion for the corresponding period, last year, to remain strong despite the impact of the coronavirus (COVID-19) pandemic, according to the Bank of Jamaica (BOJ).

She was speaking during the BOJ Monetary Policy Committee (MPC) digital quarterly media briefing on November 19.

Haynes said increased remittances have been flowing from Jamaica’s main sources, the United States and United Kingdom, while noting that significant funds have been sent from the Cayman Islands.

“We have [seen]… where most persons [in the Cayman Islands] are sending home their funds, in anticipation of returning to Jamaica, because Cayman is still under, basically, a lockdown. Most of them are not employed and they would rather be here, at home in Jamaica, unemployed, than in Cayman. We have seen that corridor increasing, since about last month,” she further indicated.

Meanwhile, BOJ Governor, Richard Byles, in response to questions from journalists acknowledged that the onset of increased inflation could start to erode the ability of Jamaicans in the Diaspora remitting funds.

The rate of inflation in the United States climbed to 6.2 percent as of October 2021, as measured by the consumer price index, which is reported monthly, by the Bureau of Labor Statistics (BLS). The out-turn was above market forecasts of 5.8 percent.

Annual inflation in the United Kingdom climbed to 4.2 percent in October 2021, above market forecasts of 3.9 percent, according to the Office for National Statistics’ publication.

“What we hope for is, that [the inflow] stays at the higher level, rather than go back down to the US$2 billion level… we certainly hope so. It’s been of tremendous help to the country,” Byles pointed out.

Total remittances for 2020 was US$2.91 billion, representing a 20 percent increase over the US$2.47 billion, recorded the previous year. 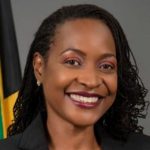