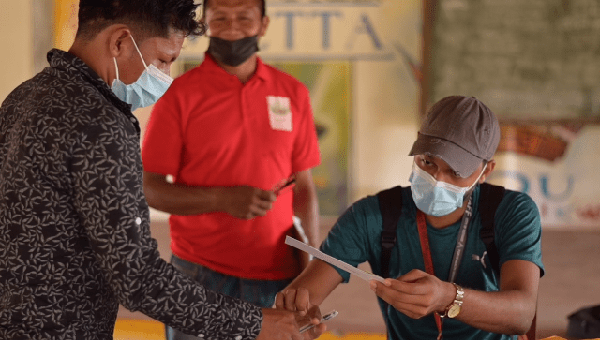 UPPER TAKUTU-UPPER ESSEQUIBO, Guyana (Thursday, November 25, 2021) — Minister of Local Government and Regional Development, Nigel Dharamlall, said the PPP/C government will continue to provide financial support to farmers, across the country, to ensure they return to their farmlands.

The minister was part of a ministerial team that recently distributed millions of dollars in flood relief grants to farmers in the Upper Takutu-Upper Essequibo (Region Nine). Addressing farmers in North Rupununi, Minister Dharamlall noted the importance of agriculture and the efforts being made, by the government, to boost the sector.

During his meetings in the region, some $6.5 million was distributed to 87 farmers, from Wowetta, and another $8.7 million was given to 124 farmers in Kwatamang. Flood relief was also given to farmers of Surama and Aranaputa. 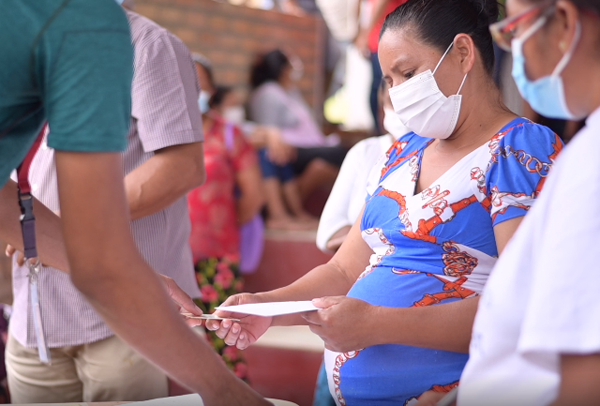 Meanwhile, to promote and boost the agriculture sector, the agriculture ministry, is finding new ways and avenues to provide support to farmers, includig the provision of seed, seedlings, planting materials and chemical supplies for food production.

“So, today’s exercise is basically to work with you to get you back into production, but this is not going to be the end of the support that will be provided.

“Additional types of support, more tangible support, will come, in the form of planting materials, for any types of drugs and chemical supplies that you require to get back into production. Those are things the government will continue to support you with,” Minister Dharamlall asserted.

Thousands of farmers suffered tremendous losses, following the heavy May/June rain this year, causing a dent in the agricultural sector.

“One of the lessons that we would’ve learned, during the course of the last few months, is that we also need to get our extension officers and other agricultural officers more out in the field, to make sure they provide more support to you,” he said.