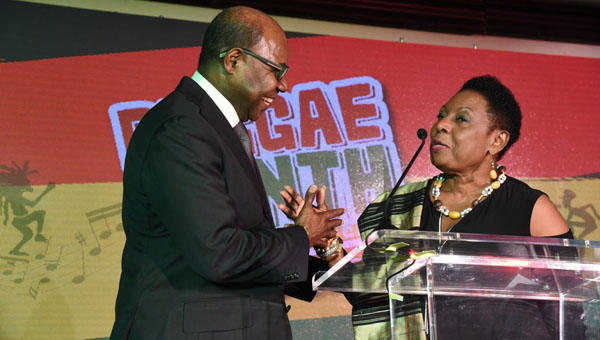 KINGSTON, Jamaica (Tuesday, February 1, 2022) — Minister of Tourism, Edmund Bartlett, announced that a new tourism product to be launched will rely heavily on sport and entertainment, as the two areas have large followings.

The Minister made the comments, last Friday (January 28), during a virtual joint press conference, between the Jamaica Tourist Board (JTB) and the Jamaica Bobsleigh and Skeleton Federation, where he announced the JTB’s sponsorship of US$20,000 towards the Jamaica bobsleigh team’s participation in this year’s Winter Olympics.

Adding that Jamaica is proud of the bobsleigh team, Minister Bartlett said they are representing their country well, by showing their national spirit and waving the Jamaican flag, while also “speaking about your love for your country, and that is important to us”.

He further added that at the upcoming Games, to be held in Beijing, China, a shining spotlight will be on the bobsleigh athletes, and they will serve as Jamaica’s ambassadors to the world and bring additional positive awareness for Jamaica among viewers and sports fans.

Minister of Culture, Gender, Entertainment and Sport, Olivia Grange, said wherever there is a global sporting event featuring Jamaica’s athletes, “we can guarantee that Jamaica will get great exposure,” before, during and after the events.

She added that sporting events with Jamaicans, provide “great advertising” for the island, and their presence on the world stage serves as cause for many people to “make it Jamaica. They have contributed meaningfully to areas of commerce, travel, and tourism”.