New in Pride
Home / National News / Ontario Election: Doug Ford’s Victory Shows He’s Not The Polarizing Figure He Once Was 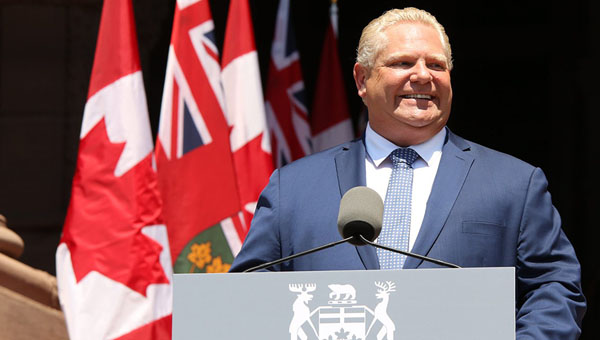 Ontario Election: Doug Ford’s Victory Shows He’s Not The Polarizing Figure He Once Was

Doug Ford has won a larger majority government in Ontario, a victory that serves as a reminder that the Progressive Conservative party ruled Ontario for much of the 20th century.

That 42-year unbroken run, from 1943 to 1985, was not by accident. The 20th century Ontario PCs won election after election by continually evolving.

In turn, political scientists of the day identified an “Ontario political culture” that valued moderation and cautious progress. With leaders like Bill Davis and his famous line that “bland works,” the PCs and Ontario seemed made for each other.

The idea of a durable and moderate Ontario political culture took a hit in the 1990s when the province lurched first to the NDP and then the so-called Common Sense Revolution of the Mike Harris PCs. But it was restored by the coming of Dalton McGuinty who, although a Liberal, reflected the 20th century PC tradition of unflashy but adaptable leadership.

The concept took another hit in 2018 with the election of the distinctly un-bland Doug Ford. But the results of the 2022 Ontario election suggest the tradition is alive and well.

Ford has positioned himself in the longstanding tradition of the adaptable Ontario PCs and an enduring provincial political culture.

Years ago, Western University political scientist, Sid Noel, argued that: “More than the people of any other province… Ontarians tend to define political leadership in terms of managerial capability.”

The 2022 PC slogan, “Get It Done,” aligned perfectly with Noel’s 20th century thesis.

The change is remarkable. Two and a half years ago, it seemed that the 2022 election would surely be a referendum on Ford. To some degree it still was. But while some people deeply dislike Ford, he is not the polarizing figure he was in 2018. 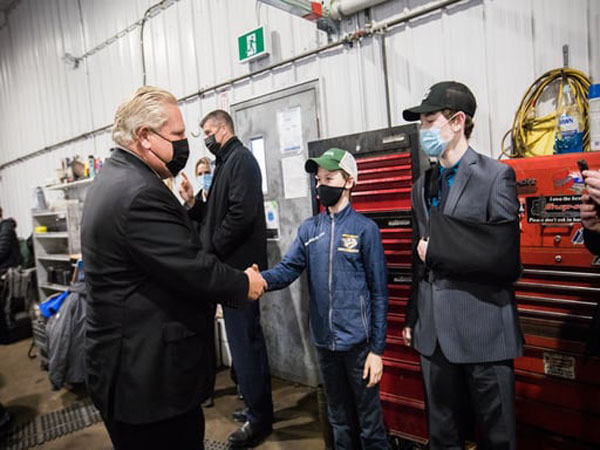 Ford meets workers, as he announced an expansion of the Second Career Program, and proposed to extend the Ontario Jobs Training Tax Credit, in November 2021. The training program would be expanded to serve more people on social assistance, those who are self-employed, gig workers, youth, newcomers, and others who need a hand up, while the tax credit would be extended to 2022. Photo credit: OPO.

Rather, Ford and his party have successively portrayed themselves as competent managers adapting to the needs of Ontario in 2022. Whether their policy record actually holds up is a different story. The point is that they successfully convinced enough Ontarians that they are the best party to run the province.

This wasn’t really an election about divisive issues. The biggest exception was the proposed Highway 413, promised by the PCs and opposed by the other parties. Instead, the PCs managed to make this a retail election about immediate items for sale, more than big concepts and philosophies.

This was tailor-made for Ford’s strengths. He’s not a traditional ideologue or libertarian. Rather, as he lays out candidly in his book, Ford Nation, the Ford family political philosophy is simple: “Customer service”. Ford sees politics on an individualized, taxpayer and customer basis, much more than a sense of broader systemic issues and challenges.

A promise extravaganza
The retail focus made for a bewildering array of promises in all directions during the election campaign, as the other parties played along. Many promises seemed random and unconnected to broader ideas.

The PC machine was so unstoppable throughout the campaign that the two other major parties spent most of their energy fighting each other for second place. The Liberals were desperate to climb back from their 2018 wipeout, and largely failed, while the NDP struggled to maintain their foothold.

The two main opposition parties were hampered by their leaders, both of whom announced their resignations on election night. Liberal Leader Steven Del Duca was not able to sell his suburban dad image and lost his seat. New Democrat Andrea Horwath has simply not been able to capture public attention — either positively or negatively — despite her fourth election and announced it was time to “pass the torch” to a new leader.

Role of the pandemic 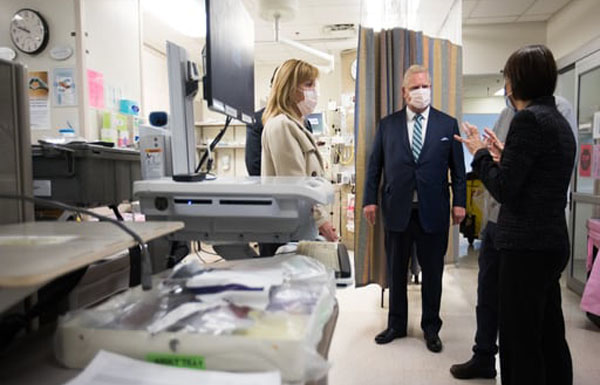 The unanswerable question is whether this election would have been different without the COVID-19 pandemic.

The Ford government had a rocky record managing COVID-19. But it is notable how the PC party stayed largely united — unlike the Alberta United Conservatives who spiralled into civil war, resulting in the demise of their leader, Jason Kenney.

Four members of the Ontario PC caucus left or were expelled during the pandemic after speaking out publicly against the government’s COVID-19 policies, and the party faced two breakaway rivals on the right, the New Blue and Ontario parties. But both failed to win seats or stop the PC momentum.

This again suggests there is something distinct about Ontario and its political culture, and the PC party under Ford has figured out what it is.

Jonathan Malloy is a Professor of Political Science at Carleton University.