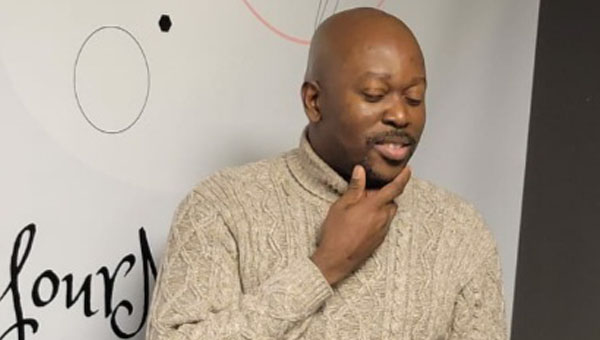 Charlton Jones is one of tens of thousands, who are looking forward to socializing at the 2022 Toronto Pride Festival, this weekend, after having spent the last two years under lockdown, because of the COVID-19 pandemic. Photo contributed.

TORONTO, Ontario (Monday, June 20, 2022) — The city is abuzz with excitement for Pride Toronto 2022 and some of its residents, who will be attending the three-day Pride Festival Weekend, June 24-26, for the first time, say they are expecting something big and, hopefully, will not be overwhelmed.

The 41st celebration of the Pride Parade, on the last Sunday of June, will include over 200 contingents and more than 200,000 marchers. Organizers say the parade is about celebrating diversity and creating an inclusive experience for all. They are taking a more sustainable approach to it, with the goal of eventually hosting a zero-waste festival in the future.

The Black Coalition for AIDS Prevention (Black CAP), Canada’s largest Black-specific AIDS service organization, is the Pride 2022 Charity of Choice and its volunteers and staff are ready for the busy weekend.

“I really am just open to the experience, like everything — the people, the music, the culture — gay culture, it’s not something that you are exposed to in Jamaica, and so, it’s something new and exciting,” says Nicholas, who is a newcomer to Toronto and volunteers at the non-profit, community-based organization. He is looking forward to the total experience.

He says Pride is significant because, as a gay man, he gets to see his community, firsthand, celebrate what it means to be proud of who you are. “To be a part of that, I think, is something tremendous. I can’t wait to bask in what Pride is, bask in the whole significance of what Pride means and to celebrate who you are.”

Nicholas says Black CAP is unique to individuals, who are racialized, specifically Black, Caribbean, and African members of the LGBTQ+ community. “As a gay Black man, I think it was important for me to give my time, effort and energy into building a community that I personally identify with.”

He says when he thinks about the origin and history of Pride, the festival today is honouring those, who were oppressed and continue to be oppressed, chased, and killed, just for being who they are — gay.

“I think it is tremendously important for us to be able to walk, freely and proudly, and say this is who I am, this is who we are, and we’re here to stay and we’re going to be who we want to be.”

Having spent the last two years under lockdown because of the pandemic, Charlton Jones is looking forward to socializing at Pride.

As someone from the Caribbean, Jones says he has listened to a lot of dancehall music, and is therefore anticipating the performance of the ‘Queen of Dancehall’ Grace Hamilton, aka Spice, who has been in the music business for 20 years and will be the headliner at the opening ceremony for the Pride Festival Weekend on June 24 at Yonge-Dundas Square.

As the Charity of Choice, Black CAP will be at the forefront of the Pride Parade, and Jones is happy that this creates an opportunity for the agency to raise funds, and for him to help in any way possible.

He wants to connect with fellow LGBTQ people at Pride and says the event is symbolic of sending a message to those, who are outside of the community, to end the discrimination many queer people experience.

“We are persons too, just like anybody else who are outside of the community. We have feelings, we have a voice, we have a say; we have a place, so this event is symbolic of all of that. A great platform, a powerful tool to echo to the rest of the world our place, our continued emerging space.”

“I’ve never actually been to a Pride event before so, for me, I guess it’s a liberating experience,” she says, noting that she can live comfortably and “be happy in the skin I was given”. 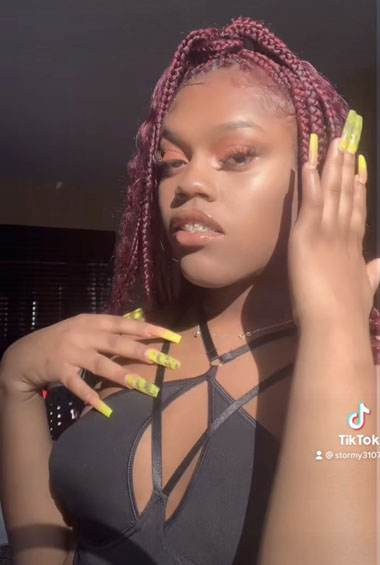 Miller says she is living in her truth and, therefore, anything she does, such as working at Black CAP, walking a ball [Ballroom culture], or attending Pride, is in celebration of herself and her courage.

Black CAP will have a booth, where people can get information on harm reduction, HIV, and employment. “It’s almost like a celebration of being you, a social event,” says Miller.

She says Pride is necessary because in society people, who are deemed different — being trans, gay, lesbian, bisexual, and are Black or Latinx — their inter-sectionality separates them from the rest of the world that is predominantly white, cisgender, heterosexual, and corporate.

For Garfield Durrant, men’s prevention specialist at Black CAP, this is not his first Pride, but he has not attended the annual event in a while. Although he is looking forward to the festivities, he prefers being centred on the conversations that will discuss the impact of COVID-19 on the lives of people and the support they need. 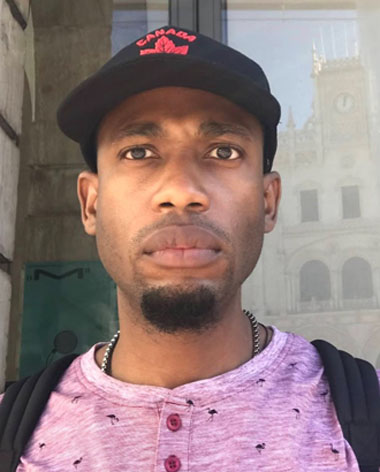 “It’s an opportunity for us, really, to be more focused, to get a deeper understanding in the community, of what we need to do, especially from a service provider lens,” says Durrant, who will be attending as a patron, but also as a service provider.

He intends to look at behaviours and have conversations with people to assess how they are doing, what kind of supports they need, and how their lives have been affected by the pandemic.

He says the issues that Black Lives Matter brought to the fore are still a concern, and there are matters, related to racialized, Black trans people who engage in sex work and their housing, employment, food security, mental health and substance use challenges.

“Sexual health is really our primary goal, but we find that since the two years of the pandemic and going forward, mental health is something that we have been dealing with at the forefront.

Durrant is thankful for the funds that will come from Pride 2022 for Black CAP to use for its programming for the trans community and settlement for newcomers. The agency hopes to increase awareness of its work in the wider society too.

Black CAP will also be present at the annual Blockorama — Pride Toronto’s largest and longest-running stage — that has been a space celebrating Black love, joy, music, and community for over 20 years. It spotlights Toronto’s local Black performers, artists, DJs, drag artists and ballroom at the Wellesley Stage, across from Wellesley subway, on June 26.

The headliner will be soca star, Patrice Roberts, and for the first time, this year, there is an additional event — four hours of “Blocko After Dark” on Saturday night, June 25.