New in Pride
Home / National News / Policing: The Reality And Truth Lies Within Its Root 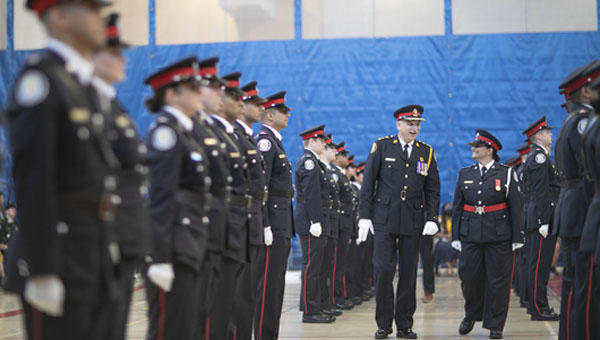 Last month, Toronto’s Police Chief, James Ramer, apologized to the public, following revelation of the police’s own analysis, and what has been known to all and sundry from time immemorial. — the bias in policing, and disproportionate targeting of people of color.

The chief called it a disturbing trend. From a civic stance, I dare to digress as the word trend is blatantly inapt, and should be replaced by culture. According to the lexicon “culture” is a word for the way of life of groups of people, meaning the manner in which they do things. Culture is a reflection of a community, passed on by learning, and gives a sense of belonging, especially when everyone acts in the same manner, or speaks the same language.

Police, as we understand them, do not have their roots in some benign or even positive foundation to “serve and protect”.

The London Metropolitan Police, established in 1829, by Robert Peel, is often thought to be the first modern-day police force. This entity claimed to prevent crime, but its real purpose was to protect the upper classes and prevent riots and rebellions from the lower classes. Essentially, to maintain the status quo. In the Anglosphere police trace their roots back to medieval England, where sheriffs patrolled areas to collect taxes for the aristocracy.

Police brutality has clearly existed since the creation of the first police force, and it is only escalating as people are starting to realize the fundamental flaws in the system. In America, the roots of policing are even more horrendous, with slave patrols literally catching escaped humans to return them to their supposed masters. In the period following the American Civil War, policing took on a new role, with the onset of industrialization. This was especially true in the north, where police officers were called in to attack striking workers.

In Canada, John A. MacDonald formed The North-West Mounted Police in 1873. Currently known as the Royal Canadian Mounted Police (RCMP), The NWMP, had the colonial purpose of uniting the Northwest to the rest of Canada. One of their chief mandates was, once again, not to prevent crime, but to assimilate the Indigenous populations that rightfully inhabited this region, in order for the Hudson’s Bay Company to illegally claim the territory.

The Mounties, as they are often called, kidnapped Indigenous children and tortured, assaulted, raped, and murdered them by bringing them to the atrocious residential schools. The last federally-funded residential school, The Gordon Residential School in Punnichy, Saskatchewan, may have closed its doors in 1996, but the oppression Indigenous communities faced, due to over-policing is still ongoing.

America’s principal, most-respected and longest-serving policing expert-at-large, and the world’s preeminent scholar of international policing studies, David Bayley, argued: “The police do not prevent crime. […] Yet the police pretend that they are society’s best defense against crime and continually argue that if they are given more resources, especially personnel, they will be able to protect communities against crime. This is a myth.”

Regardless of what police social media profiles will feed the public, the role of police the world over is, to maintain a certain order. The police forces in Quebec, like all other police forces, represent the interests of the state, acting as the strong-armed thugs of the state of Canada. This is not surprising, given the history of policing, here in Canada, as the RCMP was contributory in maintaining colonial control on territories that had their natural resources extracted for profit for the state.

Apologies for racial bias and disproportionate targeting of Blacks and Indigenous, are merely being offered, as it is the human and humane way out. On the issue of policing, one is not talking about a few bad apples in the barrel but, instead, about a system, built on the subjugation and oppression of certain communities.

Every single police officer is complicit in a system that actively devalues the lives of Indigenous and people of colour. Although some cops may lead what they believe to be an honest life, all cops work for an inherently-oppressive institution that must be abolished in order to reinvest in transformative justice.

Implementation of diversity programs in police forces will not work, nor will the hiring of more Black cops prevent unarmed Black civilians from being shot and killed by police, simply because the police are inherently a racist institution.

There is a reason for the application of the term “institutional racism”. Conclusively, the police, as an extension of the state and one of the main perpetrators of its violence, exist only to maintain a set of given privileges in society. All that they do is follow orders from the higher ups.

It is as clear as can be, and for all to see, there is absolutely no need for any apology. On the issue of policing, although somewhat displeasing, the reality and truth lies within its root.